Investment in infrastructure to liquefy gas for the global market won’t pay off if warming is held to 2C, say analysts 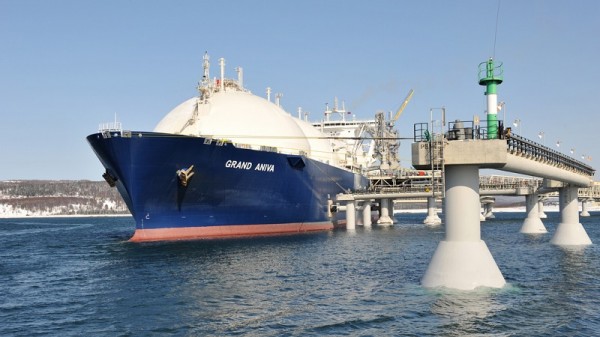 Plans to liquefy North American shale gas for shipping around the world do not fit with a safe climate future, analysts have warned.

Worldwide, US$283 billion of mooted Liquefied Natural Gas (LNG) projects are unlikely to pay off if efforts to curb warming to 2C are effective.

More than half of these are in Canada and the US, whence producers hope to export the fruits of their fracking boom.

These are the findings of a report by Carbon Tracker on the gas assets that will be surplus to requirements in a low carbon future.

Following similar analyses of the coal and oil markets, the London-based think tank is challenging the industry’s bullish expectations for natural gas.

“It is not as cut and dried a story as with coal,” report author Andrew Grant told RTCC.

Touted as a cleaner alternative to coal, gas is set to grow its share of the global energy mix even in a 2C scenario. “Switching from coal to gas is a good thing, provided the gas extraction is done efficiently,” said Grant.

But the report finds this room for expansion is “not anywhere near as much as the industry projects and certainly does not suggest a golden age of gas”.

The International Energy Agency projects that to 2040, gas will account for 24% of the “carbon budget” of emissions available under the 2C threshold. Carbon Tracker based its analysis on that assumption.

Analysis: Is natural gas really a bridge to a greener future?

From an investment perspective, some of the riskiest prospects are LNG terminals, which need a lot of upfront cash.

Transporting gas as LNG also ups its carbon footprint, as energy is needed to cool it to a liquid state.

Some 97% of LNG demand over the next decade can be met from projects already inked, Carbon Tracker’s analysis suggests.

A planned merger between Shell and BG Group will make them the most exposed company to LNG infrastructure, with US$59 billion of investment in the pipeline. That will all be surplus to requirements if climate action curtails demand.

The report also highlights the importance of capturing “fugitive emissions” – methane leaked during the extraction process.

Methane has more than 20 times the warming impact of carbon dioxide. If 1% of production is lost to leakage, scientists estimate that is equivalent to 12% of the emissions from burning the remaining gas.

While the evidence is limited, studies suggest on average 1.4% of gas is leaked from conventional wells and 2.9% from unconventional sources like shale.

Initiatives to regulate such leaks should be delivered fast, Carbon Tracker says.

“At the gas prices in our scenarios, capturing this lost product should more than pay for itself,” the report says. “There is little excuse for not dealing with the problem.”