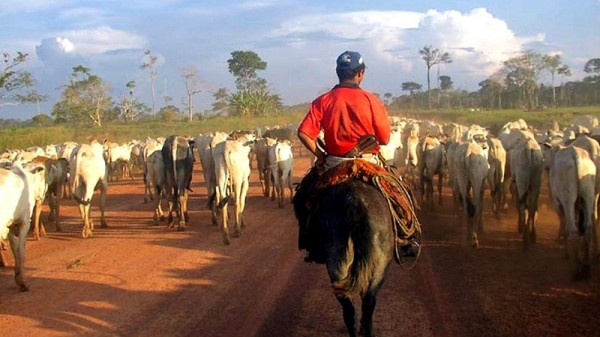 The Brazilian government is aiming to register all the country’s 5 million land holdings by May 2016.

This mass data gathering exercise will reveal who is meeting their obligations to preserve the Amazon rainforest – and who has cut too many trees.

Working alongside a campaign against guerrilla-style illegal logging, the scheme puts the onus on agribusinesses to show their activities are legit.

Francisco Oliveira, a top official, told RTCC at a private briefing in London there was no need to clear more forest to grow the economy.

“For us in Brazil, there is no space for people who think we must develop the country at any cost,” he said. “On the other hand, we cannot protect everything.”

Landowners in the Amazon are legally obliged to leave 80% of their patch as natural forest.

Yet vast swathes of rainforest have been cleared for cattle ranches and soy plantations.

The register should expose those who have gone too far with their chainsaws. Then they will be required to restore the land over 20 years.

This will contribute towards the goal announced on Tuesday to restore 12 million hectares by 2030.

“It is not an amnesty,” Oliveira, of Brazil’s environment ministry, said; “we are giving them the opportunity to be in compliance with the legislation.”

Any landowner tempted to dodge the register will find from 2017 they can’t get a bank loan.

Comment: Why climate hawks need to prepare their arsenals

The registration project runs alongside satellite monitoring and intelligence operations to stamp out criminal tree-felling.

In the last three years, Brazil has arrested 90 people for illegal logging and seized or destroyed 450 bulldozers, 198 trucks and 1,261 chainsaws.

In February, they caught up with kingpin Ezequiel Castanha after a two-year chase, having already apprehended 22 members of his gang.

Oliveira said: “The intelligence work is very important to get not just the people who are in the field with the chainsaws, but also the ones who are behind them.”

Some 3,000 enforcement officials each year spend three-month stints away from their families to chase these forest bandits over an area the size of Europe.

Using satellite monitoring, radar and helicopter patrols, they can spot illegal activity and get onsite within two days.

It is a battle of wits, as criminals use camouflaged equipment, take advantage of cloud cover and cut only small areas to avoid detection. 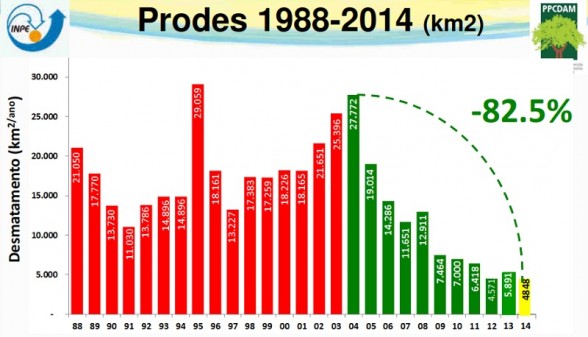 The loss of tropical forests has repercussions for the climate and regional weather.

In Brazil, which is experiencing severe drought, scientists have warned razing of the rainforest is disrupting rainfall patterns.

To date, 18.5% of the Brazilian Amazon has been lost, of which a fifth is recovering.

The country has succeeded in slowing the destruction and is sharing its methods with other forest nations.

Deforestation rates in the past five years were as low as they have ever been, but green groups are concerned by signs of a relapse.

Oliveira was adamant headlines warning of soaring deforestation will not materialise. “I can guarantee that is not going to happen,” he said.