Why climate hawks need to prepare their arsenals

Is it time to think about using force to prevent nations and groups from contributing to climate change? 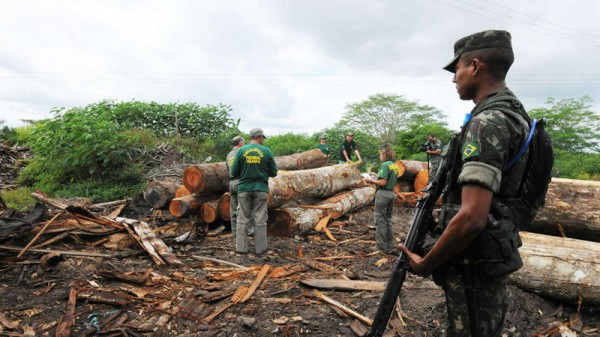 By Bruce Gilley and David Kinsella

Environmentalists are generally on the dovish side of the use of force in international politics.

But as evidence mounts that human-induced climate change is a serious and imminent threat to human lives, the will and ability to effectively coerce others into stopping climate damage will grow. Now is the time to think carefully about coercing climate action.

There are of course several legal and practical difficulties with targeting climate “aggressors.”

Legally, it is tricky for a country to identify an aggressor against its climate since the sources of that behavior are so diffuse in both space and time. No one country or one action is really a threat to any country, even if collectively all countries and all greenhouse gas-causing actions are to blame.

That makes the United Nations Security Council the only body that could authorise the use of force. But the five veto-wielding members – China, France, Russia, United Kingdom and United States – are the least likely to endorse the use of force since they contribute disproportionately to the problem.

Still, egregious acts – allowing a large carbon sink forest to be destroyed, say, or rolling out plans for 50 new coal-fired power plants – could trigger a legal obligation erga omnes (towards all) in customary law.

To qualify as a last resort, any use of force would need to actually deter climate-damaging behavior and be substantially more effective than cooperative efforts to reach a solution.

But desperate times call for desperate measures and unless this December’s Paris meeting on climate change delivers significant and sure mitigation plans, pressures for the use of force will grow.

At one end of the spectrum, this could begin with minimally coercive forms of “climate conditionality” through which states could try to nudge their neighbors into being nicer to the climate by withholding economic, military, or other benefits.

Moving up the scale, border tax adjustments – which impose non-discriminatory carbon taxes on imported products and services – could be a way to force other countries to clean up their emissions records. The EU’s Emissions Trading System for aviation is a good example.

Policy-makers in China have already concluded that if China’s exports were hit with a BTA, it would be an effective form of coercion to reduce that country’s emissions faster.

High-level coercion in the form of military strikes and blockades is for now the least likely approach, mainly because it would not be effective.

However, there is bound to be a slow increase in “green militarisation” relating to climate change when countries can identify a clear and present danger from others.

For instance, since 2012 Brazil has deployed an environmental security force in the Amazon aimed at combating illegal deforestation.

Since many of the harmful activities are carried out from neighboring states such as Venezuela, Suriname, French Guiana, Colombia, and Guyana, the military has sought the cooperation of those states.

It is however plausible that Brazil, which has cited climate change as a major reason for deploying the force, could conduct military raids against the airstrips, logging centers and camps in those countries implicated in deforestation activities.

Over time, climate hawks will emerge to argue that the threat of catastrophic climate change is far greater than military threats of the past that were met with the use of force. Some mixture of cooperative and coercive solutions is likely to characterise future global governance of the climate.