Emerging economy will aim for 28-33% renewable energy by 2030, President Rousseff said in joint statement with Obama 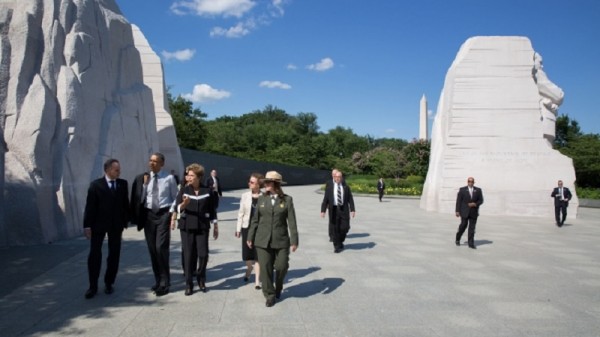 Brazil is aiming to get 28-33% of its energy from renewable sources in 2030, not counting hydropower, president Dilma Rousseff revealed on Tuesday.

These will form part of the country’s hotly anticipated contribution to a UN climate deal. Due by 1 October, Brazil’s climate plan will represent “its highest possible effort beyond its current actions,” according to a joint statement from the two leaders.

Brazil has slashed its greenhouse gas emissions 41% since 2005, they noted, largely as a result of measures to slow deforestation of the Amazon.

From 2005 to 2012, forests went from being the country’s main source of emissions to just 15% of the total, as energy and agriculture’s shares grew.

The US and Brazil affirmed their commitment to a strong global climate deal in Paris this December and announced joint programmes to develop clean energy and sustainable land use.

The United States and Brazil have made a joint announcement on climate change following a meeting between Presidents Dilma Rousseff and Barack Obama at the White House. Beyond the positive step of these two major leaders talking again, what can we make of it?

At first blush, the numbers in the joint announcement sound decent, but some key issues were missing.

There was no economy-wide target for cutting emissions, nor was a peak year named for climate pollution from fossil fuels.