New government statistics indicate significant drop in coal use, with 0.7% drop in 2014 emissions estimated by analysts 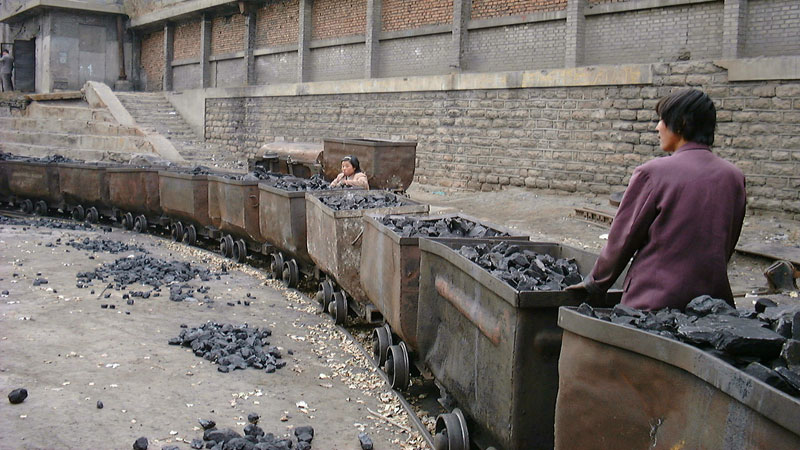 China’s coal consumption fell by 2.9% between 2013 and 2014, the country’s National Bureau of Statistics said today.

Glen Peters from the Oslo-based Centre for International Climate and Environmental Research (CICERO) told RTCC this data suggested China’s CO2 for 2014 could have fallen by 0.7%.

The government figures indicate recent predictions that China is steadily weaning itself off coal in response to air pollution and the need to reduce its carbon emissions are correct. 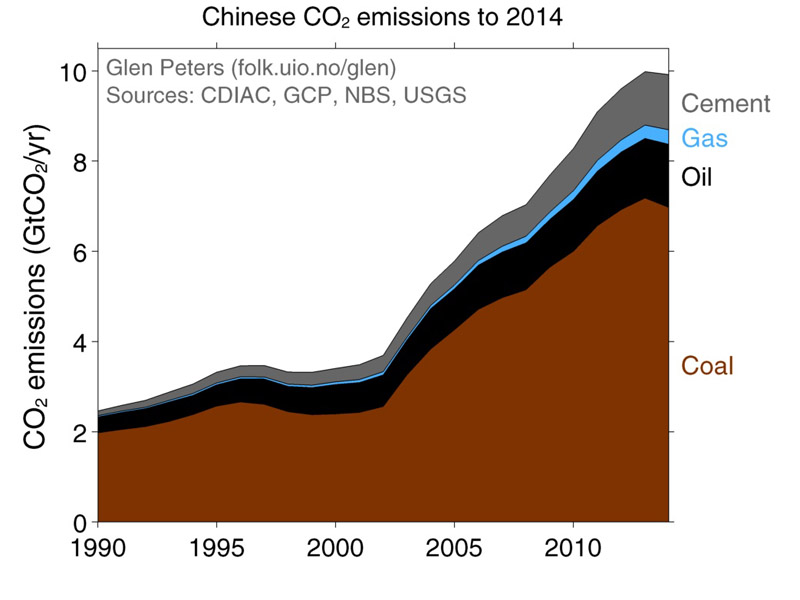 In an email to RTCC, Jiang Kejun, a scientist at the Beijing-based Energy Research Institute and one of China’s foremost energy experts, said he was not surprised by the results.

Greenpeace energy analyst Li Shuo said this was the clearest sign yet that coal use in China was in decline: “You cannot have a more authoritative way of spelling this out,” he said.

Li admitted that accuracy behind China’s collation of energy statistics was a “genuine concern” but said the official figures over the past three years offered a clear picture of falling coal demand.

“I think the decline is very clear and reliable – they use consistent methodology to deliver consumption rate every year,” he said.

In 2014 coal accounted for 66% of the total energy consumption, with lower carbon sources such as gas, hydropower, wind, solar and nuclear providing 16.9%.

Li said the main reason behind falling coal figures was increased efficiency and lower demand for the production of iron, steel and cement.

The energy consumption per tonne of copper, steel and cement fell, while the amount of coal used to produce a kilowatt hour of power generation dropped 0.67%.

“We are seeing a systematic transformation of the Chinese economy,” he said. “Energy efficiency is important….We know China’s coal power plants improved overall efficiency by close to 1%.”

Analysts at the Carbon Tracker Initiative said major coal exporters like the US, Australia and Indonesia would face added pressure if this trend continues.

“Chinese thermal coal peaking is like changing the direction on an escalator. It will be a shock for those who assumed the direction would always be up,” said James Leaton, research director at CTI.

In contrast to the energy sector, growth in transport soared. The total number of motor vehicles for civilian use reached 154 million, up 12.4%.

And despite the slight fall in coal use – which is blamed for hazardous air quality levels across the country, officials reported that smog levels continue to be high.

The country also recorded the growth of 6.03 million hectares of forests, 4.27 million of which were planted.

“Some 2.00 million hectares were afforested through key afforestation projects, accounting for 33.2% of the total planted area of the year,” said the report.