To infinity and beyond: Apollo project to boost green energy growth 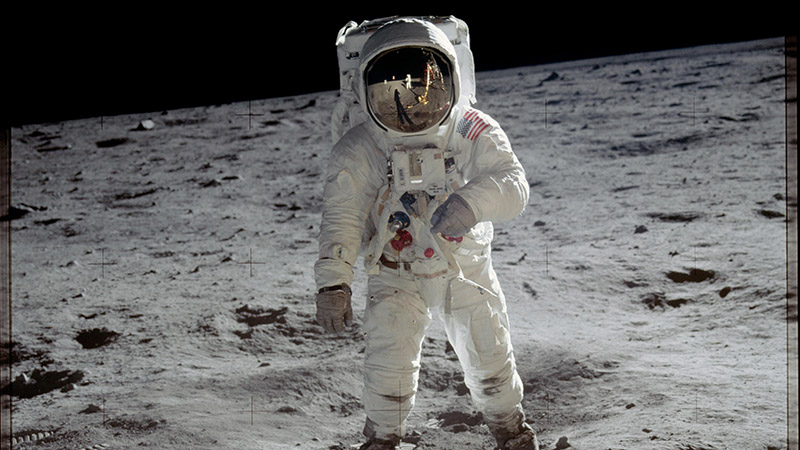 Astronaut Buzz Aldrin walks on the surface of the moon near the leg of the lunar module Eagle during the Apollo 11 mission. (Pic; NASA)

By Damian Carrington, the Guardian

A plan to tackle climate change by emulating the race to put a man on the moon is launched on Tuesday, aiming to channel billions of dollars in research that will give renewable energy commercial lift off.

The Global Apollo Programme aims to make the cost of clean electricity lower than that from coal-fired power stations across the world within 10 years. It calls for £15bn a year of spending on research, development and demonstration of green energy and energy storage, the same funding in today’s money that the US Apollo programme spent in putting astronauts on the moon.

King said green energy already had advantages over fossil fuel power in cutting deadly air pollution and reducing the carbon emissions that drive global warming. But he said making clean energy cheaper was important too: “Once we get to that point, we are winning in all the battles.”

King, who has visited 60 countries in his climate diplomacy role, said many countries were interested in the Apollo plan, including the UK, US, Japan, China, Korea, Mexico and the UAE. In particular, King said Narendra Modi, India’s prime minister and solar energy enthusiast, was keen.

The plan has been discussed by G7 energy ministers and is on the agenda for the G7 heads of state meeting in Germany on 7 June. King said he hoped the Apollo project would launch in November, just ahead of the crunch UN climate change summit in Paris which nations have set a deadline for a global deal.

“Nasa showed how a stupendous goal could be achieved, amazingly fast, if the will and the resources are there,” said Professor Martin Rees, former head of the Royal Society and another member of the Apollo group.

The moon landings were spurred by cold war rivalries and Rees said the energy challenge would provide its own motivation: “I find it hard to imagine anything more inspiring for engineers than to provide clean energy for the world.”

The Apollo programme aims to double the money being spent globally on research and development of renewable energy, energy storage and smart grids from the current 2% of the world’s R&D budget. Nations joining the programme would commit to spending 0.02% of GDP on the R&D and would get a place on a global commission that would coordinate and direct the research to avoid duplication.

A similar, though smaller, commission already exists to coordinate R&D on semiconductors and has resulted in continuous falls in computer chip costs.

There would be no central Apollo fund and nations would still control how to spend their own money. The UK already spends 0.02% of its GDP on clean energy, as do some other developed nations, but other countries do not and there is no international cooperation to maximise the results.

Lord Richard Layard, an economist at the London School of Economics and member of the Apollo group, said it was barely believable that the world only spent 2% of its R&D money on its “most pressing problem” of climate change and clean energy. He said: “We do not think this problem can be conquered unless we reduce the cost of renewable energy below the cost of dirty energy.”

Report: The weekend I built a solar power plant

Stern said that electricity from coal-fired power stations only appeared cheaper because the costs of air pollution and climate change were not included. He noted that the IMF recently calculated that fossil fuels benefit from subsidies of $5.3 tn a year, or $10m a minute, half of which derives from the polluters not paying the costs of health damage from air pollution.

Improving technologies for energy storage is a particular focus as this tackle to problem of intermittency of renewable energy that relies on the sun to shine or wind to blow.

Current levels of renewables can be accommodated on national grids, the Apollo group said. But making electricity 100% renewable by 2050 would require affordable energy storage, both on the domestic scale and national scale. Storage technologies being targeted include better batteries, heat storage in water, soil or molten salt, compressed air, flywheels and hydrogen.

Sir David Attenborough, who recently discussed climate change in a meeting with US president Barack Obama, said: “I have been involved in arguments about the despoilation of the natural world for many years. The exciting thing about the [Apollo] report is that it is a positive report – at last someone is saying there is a way we can do things.”

Prof John Schellnhuber, a climate scientist and former adviser to German chancellor Angela Merkel called the Apollo plan “truly ingenious” and said it “could well be a tipping point” in tackling climate change.

This article first appeared on the Guardian. RTCC is part of the Guardian Environment Network.