That weekend I built a solar power plant 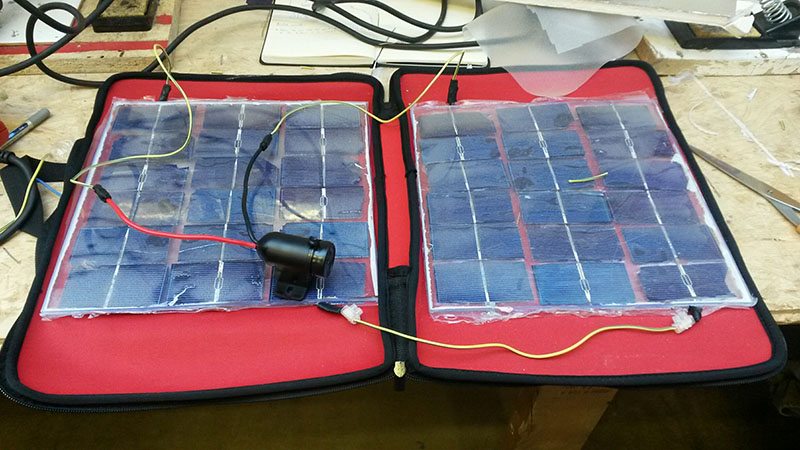 At last, I feel like a real man. I have built a power plant.

To be specific, it’s a solar power plant made up of 36 credit-card sized panels.

But it works – and it’s now sitting in my conservatory soaking in whatever pathetic level of radiation the UK gets in May.

It took me four hours to create this mini wonder of the world – the results of a workshop laid on by the Demand Energy Equality group in a dank industrial estate in Lewisham, a London suburb. 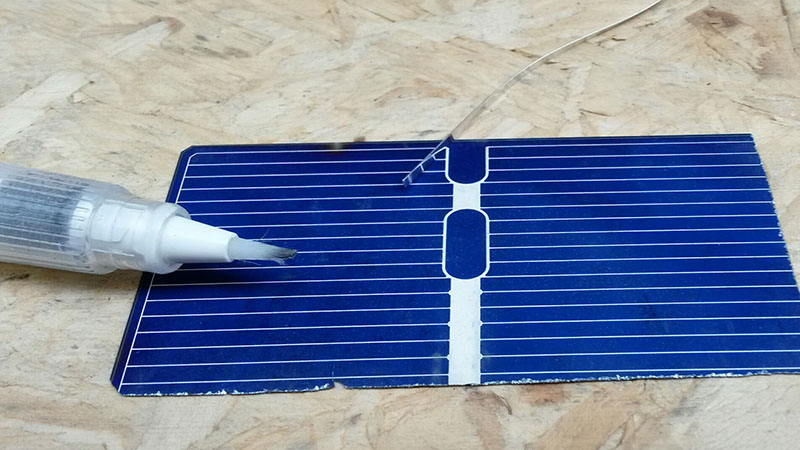 In an age when electricity bills seem phenomenally complicated, likewise energy policy, it was refreshing to see how easy making energy can really be.

All I needed was a soldering iron, a hair dryer, tabbing wire, a flux pen, some plastic sheeting and a laptop case.

The panels – a mixed batch of broken larger solar cells – needed to be carefully stitched together with the soldering iron. 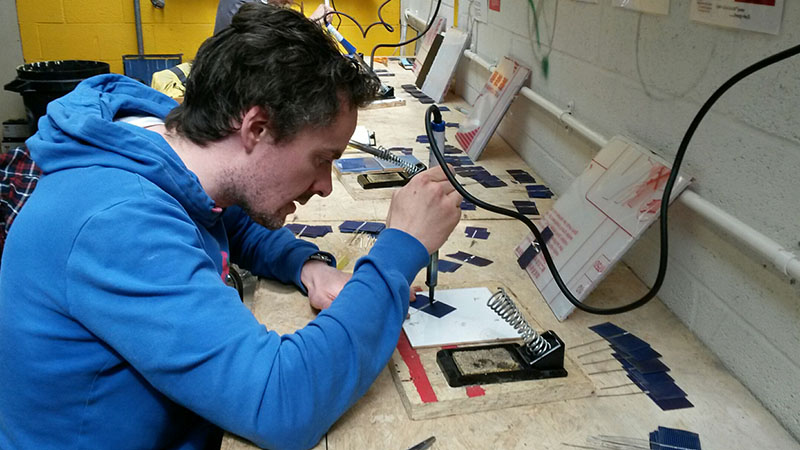 This took quite a long time and required a level of patience I am not normally known for: soldering millimetres from your fingers is a good way to forget about life’s dramas.

They were then melted into place on a plastic base using a hair dryer (perhaps it was a special heater but it looked like the machine my wife has at home).

And after a few wires here and there – hey presto! I pointed the panels at the sun and the multimetre registered a whopping 13 volts. That’s right. 13. 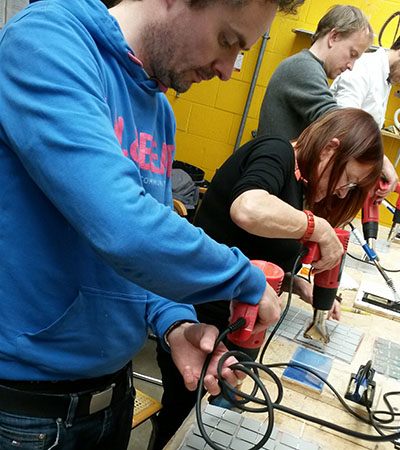 It’s now sitting at home and in the last 24 hours we’ve charged up two phones and a laptop – success of sorts – although I’m sceptical how long my dodgy wiring will hold out for.

But that’s not really the point. The point is that in four hours I created a power plant – and one that would be easy for anyone at home to build themselves.

My colleagues on the two-day course in building an off-grid system had different reasons for taking part.

A Nigerian lady is heading back to Lagos soon and says she can’t rely on the government, so she is going to build an array of panels at her home.

We had two architects specialising in passivhaus design – both interested in how they can incorporate panels into future houses.

And a pair of gardeners linked to a Sikh temple in Birmingham want to create a mini farm back home, and use solar power to regulate their irrigation systems.

Two participants were in their sixties and genuinely enthused about the potential for solar. It’s not just young people who are interested in renewable technologies.

As we developed our knowledge of the basics we also came to understand how greedy some devices are for power – and how easy it is to replace them.

For instance, for one halogen light bulb (the sort you have in a desk lamp or kitchen) you can power 16 LED lamps. SIXTEEN.

Small kits like this are already being distributed across Africa and India. Lives previously untouched by regular electricity are being transformed.

In the aftermath of Nepal’s two earthquakes, solar lamps and mobile charges were one of the most useful pieces of kit being distributed by the UN.

Generating power gives you a sense of ownership lacking when you’re at the office or at home, and I imagine you are far more likely to conserve and care for what you have. 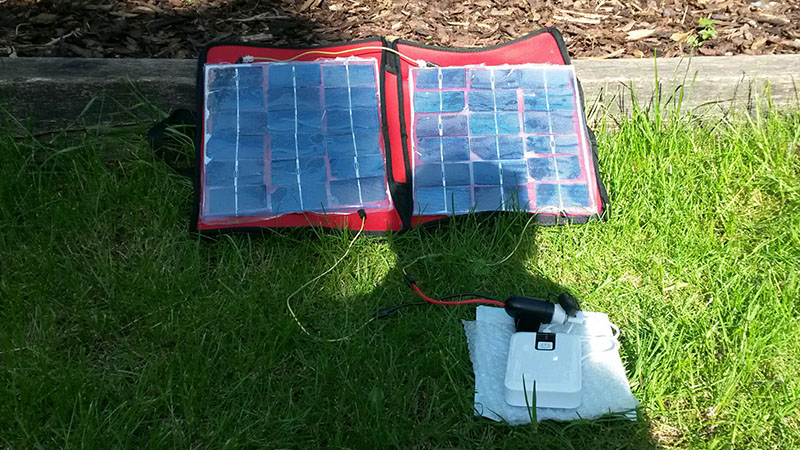 I’m not suggesting everyone heads to Maplin, an electronics store and buys themselves some panels. Until you’ve played about with solar cell scraps you don’t realise how delicate they are – more fragile than a crisp.

It’s also not 100% clear how much power you will produce until you start using it, so depending on your handiwork anything more than a laptop charger probably isn’t the best idea.

But in an age where trillions of dollars are expected for investment in energy systems around the world, it is instructive to learn how accessible energy can be.