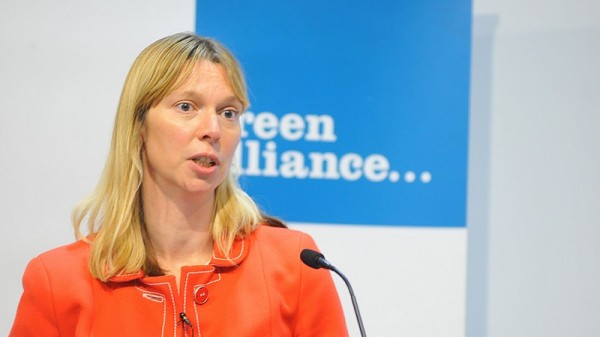 Camilla Cavendish, a columnist for the Sunday Times and previously the Times, has written about the urgency of climate action, need for green growth and carbon pricing.

Her appointment to the influential post is another sign Cameron is distancing himself from the climate sceptics in his Conservative party.

The prime minister, who before this month’s general election pledged to seek an ambitious global climate deal in Paris, appointed Amber Rudd to head the energy and climate change department.

Rudd was hailed as a green choice. Former environment minister Owen Paterson, who has called for the UK’s world-leading climate change act to be repealed, was left on the backbench.

Comment: We need to engage the Tories on climate change

Once a member of Greenpeace, Cavendish wrote that she quit because she was “fed up with its self-indulgent stunts railing against modernity”. But in 2013 she praised the Arctic 30 for daring to face up to the threat of climate change while others retreated into “a comfortable conspiracy of silence”.

The group of Greenpeace activists arrested by Russia for scaling an Arctic oil rig may be “the only people standing between us and a slowly unfolding catastrophe”, she said.

In earlier columns for the Times, Cavendish argued the world needed a carbon tax and that renewable energy would boost the UK economy, not harm it.

A contemporary of Cameron at Oxford University, Cavendish made clear she wanted to reclaim the initiative on climate change from the left.

“I happen to think that adapting our way of life to live within the planet’s limits is one of the greatest challenges of our age; and I don’t believe that view should be the monopoly of any political party,” she wrote.

“I also believe that it is wrong to see green and growth as opposites: concern about the climate should not be the sole preserve of the anti-capitalists.”