More than 6.5 companies back call on policymakers to set a path to go carbon neutral “well before the end of the century” 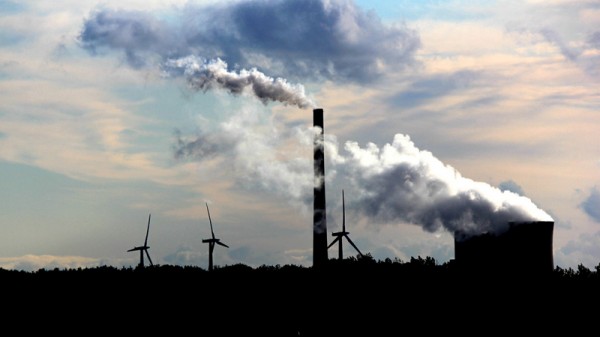 Millions of businesses are backing a long term emissions target as part of a global climate deal.

At the conclusion of the Business and Climate Summit in Paris, networks representing more than 6.5 million companies from 130+ countries called for policy action.

In a statement, they said “science demands” a climate pact that will see net zero emissions “well before the end of the century”.

Schneider boss Jean-Pascal Tricoire said: “The difference between now and three years ago is that nobody in business really dares to say climate change is not happening…

“With bold, clear and long-term climate policies to keep within the +2°C threshold, business will create growth, jobs and continuous innovation on the way to a prosperous low-carbon economy.”

Governments have agreed to try and limit global warming to 2C above pre-industrial levels.

The UN climate science body says that for a two thirds chance of staying within that threshold, emissions need to hit zero in the second half of the century.

That is not enough for Unilever chief Paul Polman, who asked journalists: “Would you cross the road if there was a 33% chance of being hit by a car?”

Businesses are already facing the costs of climate change, after 0.8C of warming, he said. In Brazil, unprecedented drought is pushing up power prices, as hydroelectric dams run dry.

In a press briefing, Polman was clear: “For me, we really need to be carbon neutral by 2050.”

“The main driver for business to be here is that business is the first one on the frontline, especially global business.”

He is one of twelve leaders in the “B Team” to declare their support for a 2050 decarbonisation target earlier this year.

That would involve cutting global emissions 6% a year, PwC has calculated. Unilever has cut the carbon intensity of its manufacturing 37% since 2008.

The Business and Climate Summit brought together a broader coalition of businesses, including from fossil fuel and high carbon sectors.

Some 2000 companies were represented, 60% coming from outside France.

They called for “robust and effective” carbon pricing, a mainstreaming of climate policy and moves to de-risk low carbon investment.

UN climate chief Christiana Figueres said the summit had broken the “catch 22” of business and policymakers each waiting for the other to move first.

She added: “It is a mutually reinforcing relationship that is being made here, which is exactly the kind of dynamic we need… to make that transformational shift that needs to be made.”