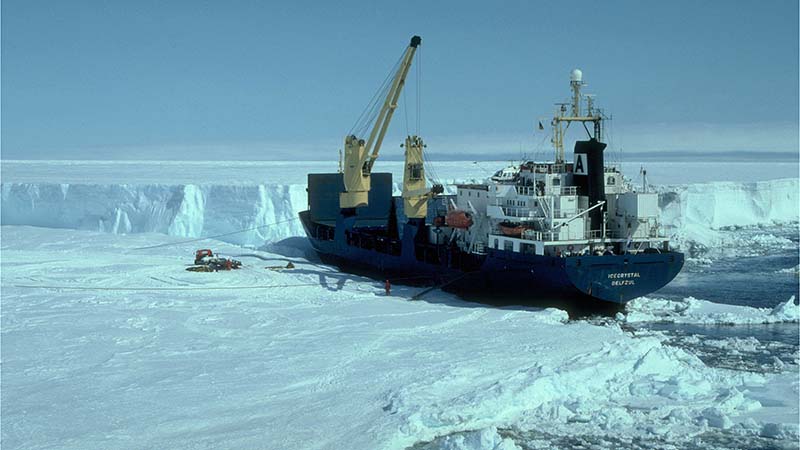 Antarctica, the Earth’s largest store of fresh water, might be shedding ice at double the rate than a few years ago but experts believed its southern peninsula to be largely stable.

Researchers revealed today however the region’s ice sheet began abruptly to thin six years ago, and is in no sign of waning.

Satellite images show several glaciers along a 750km coastline have consistently lost about 66 cubic km, or 55 trillion litres of water a year between 2009-2014.

Amounting to 350,000 Empire State Buildings, they say, the onset of ice loss converts the region into the second contributor to sea level rise in Antarctica.

Writing in the journal Science, Bert Wouters at the University of Bristol, which led the report said: “The fact that so many glaciers in such a large region suddenly started to lose ice came as a surprise to us.”

“It shows a very fast response of the ice sheet: in just a few years the dynamic regime completely shifted.”

Rising sea levels from ice loss are a key concern due to their impact on low-lying coastal populations.

Warming oceans, instead of other causes like snowfall or air temperature, are leading the ice sheet to wane according to Wouters and colleagues.

Climate change and depletion of the ozone layer are causing westerly winds encircling the continent to become more vigorous, driving warmer water from the deep ocean poleward to coastal areas.

That eats away at glaciers, many of which are below sea level and buttress the ice sheets to bedrock, as well as floating ice shelves from below.

Sometime in 2009 the thinning passed a “critical threshold”, Wouters said, triggering the loss.

The ice surface of some glaciers is falling by up to 4 metres a year. Meanwhile ice shelves in the region have lost almost one-fifth of their thickness in the last two decades, reducing the resisting force on the glaciers.

The changes were observed using the CryoSat-2 satellite, a mission of the European Space Agency.

Scientists have understudied the Southern Peninsula ice sheet, whose mass balance of glaciers was stable from 2002-2010 the report found.

Instead more significant shifts affecting ice packs elsewhere on the continent, which had its first human visitors in the late 19th century, have dominated experts’ attention.

“A detailed knowledge of the geometry of the local ice shelves, the ocean floor topography, ice sheet thickness and glacier flow speeds are crucial to tell how much longer the thinning will continue,” he added.