In the first of a series of columns, poet Kathy Jetnil-Kijiner reflects on the cultural dimensions of climate change 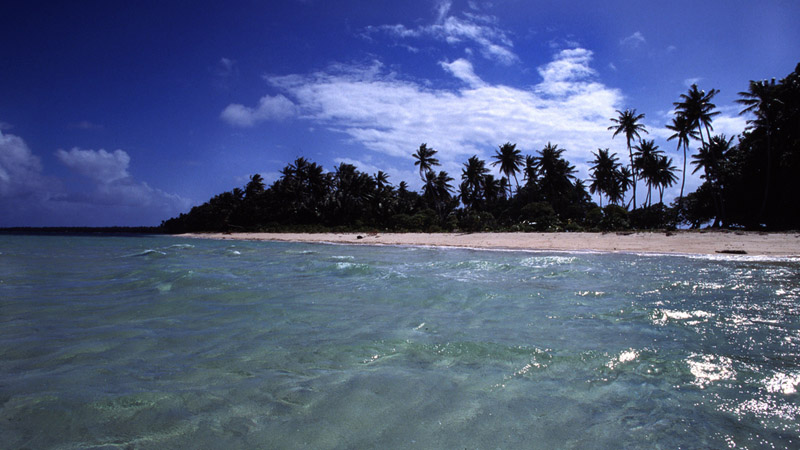 By Kathy Jetnil-Kijiner in Majuro

On my way home this past week, the roads were momentarily blocked as bulldozers chugged across the road towards the shoreline, where they unceremoniously dumped a pile of sand onto what looked like was meant to be a seawall made entirely of sand.

The bulldozers were old – they had been borrowed out of their usual duties of contributing to government jobs and building projects. The sand sea wall was new – a precaution for the week’s coming King Tides.

King Tides periodically occur when the sun and moon align and the moon’s orbit passes closest to the Earth. These occur during the winter and the summer, and are usually when the waves are the most dangerous, and when the damage is the worst.

The king tide in March 2014 left hundreds of people stranded with either damaged, flooded homes, or no homes at all.

On October 13, 2014, around 300 Marshallese women gathered for the 15th Annual Conference for WUTMI (Women United Together Marshall Islands).

The conference theme was “Maanjab popo” which translates loosely to “being in a constant state of preparedness” – makes sense, since the conference was focusing on climate change awareness and disaster risk preparedness.

Being in constant state of preparedness, maanjab popo, is the state of the Marshall Islands, and the low-lying atoll nations because of climate change.

We are constantly bracing ourselves for the next high tide, the next inundation, the next drought. We’re building sea walls, planting more trees, learning about water preservation, learning the science to survive. 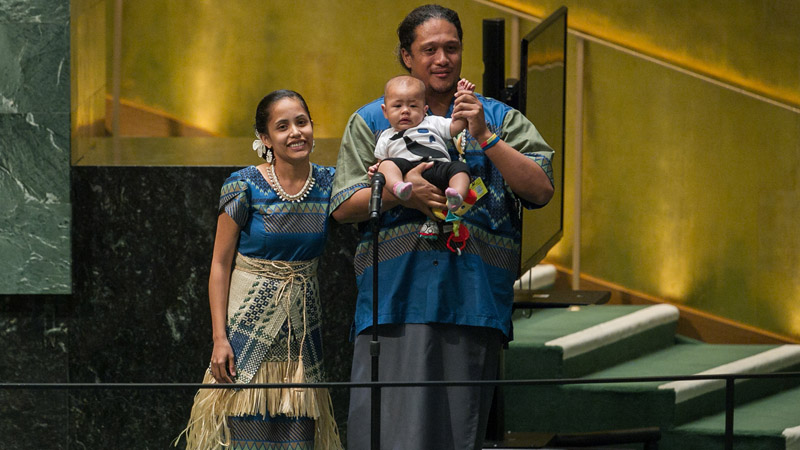 And not all of this science is easy to grasp or understand.  While most rimajol recognize the immediate benefits of building a sea wall, climate specialists and geomorphologists are telling us that sea walls actually do more damage than good.

And even the precautionary sand sea walls were up for debate – how useful could sand be? Wouldn’t it end up causing just as much clean-up work as the regular king tides?

From what I’ve read, climate adaptation has mostly focused on physical changes that are necessary. Which makes sense since these are the immediate, tangible forms of destruction.

But what about our culture? Culture, or manit as we call it, is incredibly important to Marshallese people. It’s what defines us. So what about the possibility of cultural preservation? Can this be another form of climate adaptation?

A few of the Marshallese courses here at the College where I teach require students to interview elders about their cultural knowledge and preserve these interviews on some type of recording. “Jitdam kapeel” is a proverb we use to describe this transfer of knowledge.

Jitdam kapeel usually involves sitting and talking story with one’s elders, learning your genealogy, learning your roots. It suggests that wisdom is assured to those who seek knowledge.

These recordings of our elders’ knowledge are important now more than ever as we consider the possible threat of the loss of our island.

However, this still brings to mind many questions.

First, how useful will these recordings be if we can’t see these locations in person? For many stories, chants, and proverbs, these are based on some type of landmark that has special meaning – a rock formation, a specific coral reef, a grove of pandanus trees.

Some of these are special fishing areas, where specific fishing practices would take place. Will we have to consider other formats – possibly web based or special videography that lends to a 3-D experience?

And what if these fall short? What will the next generation do if they are no longer able to learn and practice cultural knowledge through these tangible landmarks?

And if we are to lose these practices, how will we know what it is to be Marshallese? Do we cease to have a Marshallese identity if we no longer have our Marshallese knowledge?

These are all tough questions to consider – none of which have fast answers.

Cultural preservation has always been been a concern for our people, ever since we began to see our society and values change as a result of westernization and globalization.

There’s also the growing population of Marshallese in the diaspora to consider. Many of that second generation, such as myself, are growing up without the proper cultural knowledge.

We can choose to preserve culture for our Marshallese living in the diaspora, while also keeping in mind that this will be incredibly useful down the line, should we be forced off of our islands.

Thankfully, the tide inundation this past week was minimal. The sleepy bulldozers were awoken only a few times – mostly to clear away loose puddles of sand from the road. However, the outer islands were another story.

On Kili Atoll, high waves flooded the emergency ward of the hospital and forced patients out of their beds. It’s still unclear at this time whether they’ve been able to move back.

What is clear is that these inundations are becoming almost a monthly occurrence, forcing us to come to terms with the reality of climate change.

We’ll continue to build sea walls, campaign climate awareness abroad, but we also have to consider these other aspects of climate adaptation. Many of us have to confront the possibility of our loss of our lands, and prepare for its implications on our cultures.

Kathy Jetnil-Kijiner is a poet, journalist and teacher from the Marshall Islands. You can read more of her writings on her website, or follow her on twitter @iepjeltok