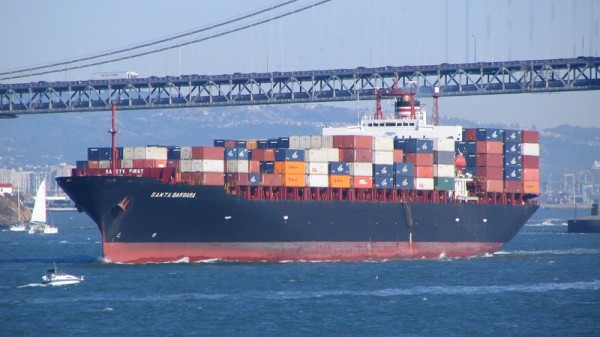 Big businesses like AstraZeneca, H&M and Volvo want to know how green the ships are that carry their products, so they can tell their customers.

They have signed up to the Clean Shipping Index, a register showing the environmental performance of more than 2,000 ships from 50 carriers.

“What we are trying to create is a market demand for clean ships,” director Sara Sköld told RTCC.

“For our members it is very important to be able to evaluate and choose the most energy efficient vessels. In order to do that, they need reliable and transparent data.”

But for every merchant ship covered by the index, 24 are not. Most companies can only guess at the carbon footprint of their maritime transport.

At the International Maritime Organization (IMO) in London on Tuesday, national delegates debated regulations that would serve that purpose for the entire 50,000-strong global merchant fleet.

Countries have agreed to collect data on ships’ energy efficiency, yet the exact information and how it will be used remains contentious.

After lengthy and fractious discussions at the IMO environmental committee, the issue was kicked back to a working group.

While countries like Norway and Ireland spoke in favour of mandatory and transparent reporting, many others dragged their feet.

Objectors echoed shipping companies’ argument that data from individual ships was commercially sensitive and should not be published.

The negotiator for the Bahamas said he could not support publishing data that might be “badly misinterpreted” by third parties.

Like a number of island states, the Bahamas is vulnerable to climate change but dependent on ship registrations for much of its revenue.

The upshot is that IMO can collect data only for its own analysis and decision-making – not publish it for shipping clients to make their own judgements.

Aside from regulations on the design of new ships, this is the main international climate policy for a sector responsible for 3% of global emissions.

With countries moving to curb their greenhouse gases, shipping’s share is set to more than double by 2050 without further action.

On Wednesday, the IMO will consider a proposal from the Marshall Islands to set an emissions target for the first time.

That could contribute to a global climate pact due to be struck in Paris this December.

Jytte Guteland, a Swedish politician, encouraged the IMO to show leadership and back the proposal.

“If the maritime sector would like to be a leading sector in the future… it needs to also be one of the sectors who takes responsible actions for climate change,” she told RTCC.

One of four lawmakers visiting the IMO from the European Parliament’s environment committee, Guteland said she was “frustrated” to see slow progress but hoped for “some good decisions”.

That should be a sign to the UN body, Guteland said: “If IMO cannot formulate its own policies, someone else will do it.”