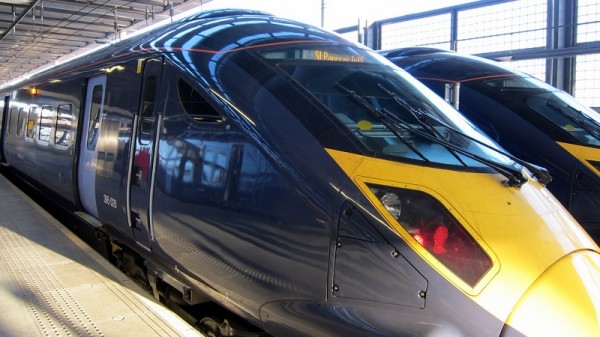 After the Berlin Wall fell in 1989, it was “German Unity” bonds that met a multi-billion Deutschmark need for investment in East Germany.

Japan used bonds to finance – for better or worse – a fleet of nuclear power plants in the 1960s and 1970s.

In 2014 banks and corporations issued US$36.6 billion of bonds labelled “green”, the CBI estimates.

Kidney hopes to see that almost triple in 2015, as countries push for a global climate deal in Paris this December.

“We need a hundred billion in 2015 to go to the Paris COP and get the attention of our governments,” he says at a forum in London.

Interview: Is this India’s greenest bank?

That is still a fraction of the US$100 trillion value of the global bond market, but would demonstrate a demand for climate-friendly investment.

The year has started slowly, with just US$8.7 billion issued in the first quarter, but shows an increasingly diverse market.

India’s first green bond – US$250 million for renewable energy projects – has got people excited about the potential to crack Asia’s emerging markets. CBI expects to see China getting in on the act mid-year.

Bond issuers can be governments, multi-national banks or corporations. Buyers can be pension, insurance or sovereign wealth funds – any institution that wants a safe place to put its money, with fixed returns.

Some US$45 trillion of investment is needed 2015-2030 in energy infrastructure alone, according to the seminal New Climate Economy report.

And developed countries are aiming to mobilise US$100 billion a year by 2020 to support climate action in poor parts of the world.

It has been suggested the UN’s flagship Green Climate Fund could issue bonds towards that goal. Experts say that is not immediately viable, but the fund could act as a matchmaker for between other institutions and suitable projects.

Top of the agenda

Abigail Herron, head of responsible investment at Aviva, says plans to issue a green bond are often top of the agenda now when she meets companies.

Green bonds are attractive to an investment community increasingly concerned fossil fuel assets could be stranded by climate action.

Churches, universities and cities are pulling finance out of coal, oil and gas companies to stigmatise those profiting from climate damage.

While divestment is not feasible for institutional investors, they can put pressure on firms to move away from the most polluting projects.

Aviva is a member of the “Aiming for A” coalition that filed a successful shareholder resolution compelling BP to reveal its exposure to climate risk.

At the AGM last month, BP chairman Carl-Henric Svanberg opened with a 10-minute speech on climate change, followed by an hour’s debate on the amendment.

“I have never been to an AGM where the board has had such a grilling,” says Herron. The resolution was passed with an “unprecedented” 98% of shareholders in favour.

While the move focused on disclosure, Herron says “there was an unspoken expectation that action would follow. It was the first wave of a campaign.”

Not all institutional investors are so progressive, however. The Asset Owners Disclosure Project (AODP) revealed last month 85% of the 500 biggest funds are doing little or nothing to manage climate risk.

Together with Client Earth, they are preparing to take legal action against a pension fund that refuses to engage with the issue.

Tesco, Rolls Royce and the UK Parliament are among the UK pension schemes to get AODP’s lowest possible rating, and could be sued for failing to protect their members’ retirement pots.

“That adds a little bit of spice to the equation,” says Mike Clark of Russell Investments. “Asset owners are increasingly interested in where the capital is flowing.”