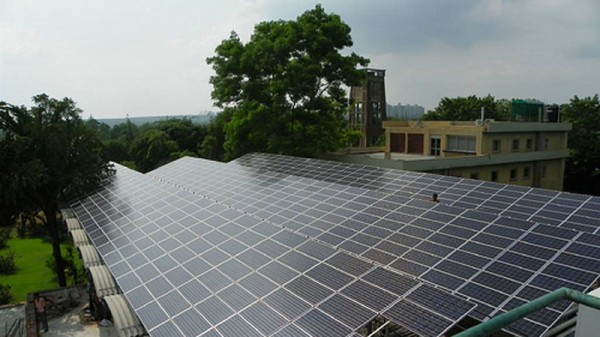 Yes Bank is issuing India’s first green bond as part of a programme to finance 5 gigawatts (GW) worth of renewable energy projects by 2019.

India’s fourth largest private bank hopes to raise at least 500 crore rupees (US$80 million) for solar, wind, biomass and small hydro power projects. Depending on demand, that could rise to US$250 million.

Rana Kapoor, chief executive of Yes Bank, said the launch “cements our status as a pioneer in green energy financing in India”.

The bond represents a tiny fraction of the US$100 billion the Indian government estimates is needed for renewables over the next five years.

But it is a step towards unlocking private finance for India’s renewable energy boom, which experts say will be critical to meet ambitious targets.

Narendra Modi has pledged to bring electricity to some 400 million citizens without by 2019, when his term as prime minister ends.

In line with that goal, the government is aiming to have 100GW of solar power installed by 2022 and 60GW of wind power.

Gireesh Shrimali, fellow at the Climate Policy Initiative, said the cost of finance is “the single biggest challenge” to scaling up renewables.

Unfavourable debt terms add 24-32% to the cost of renewable energy projects in India compared to the US, according to Shrimali’s analysis.

The Yes Bank bond pays out 8.85% interest a year to investors. The European Investment Bank is paying out just 2.5% on a US$1 billion “climate awareness” bond issued last October.

The Council on Energy, Environment and Water (CEEW) is urging the government to adopt ambitious renewable energy targets in its contribution to a global climate deal.

Countries are set to reveal emissions cutting targets in the coming months, which will form the basis of a climate agreement in Paris this December.

But with a price tag of US$715 billion, this could make energy unaffordable to “a large section” of the population, CEEW warned.

Technology partnerships and financial mechanisms are “imperative” to bring the costs down, the report found.