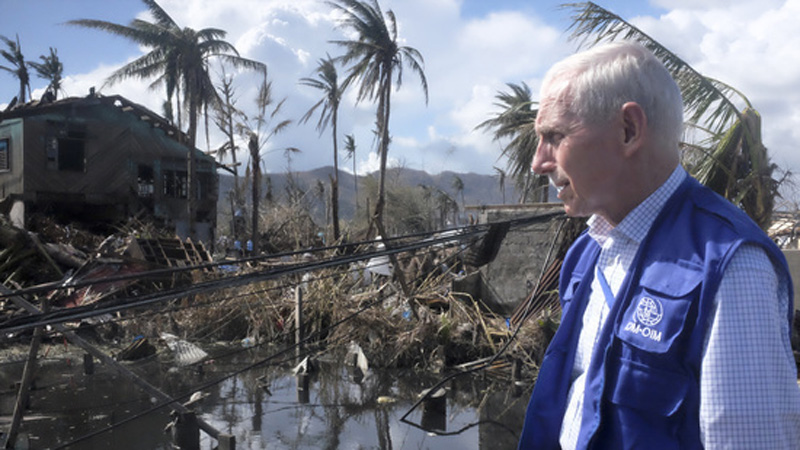 The world’s most climate vulnerable countries will push for a review of the UN’s global warming goal at a Paris summit later this year.

The meeting in the French capital is expected to see rich and poor countries back a UN pact on limiting greenhouse gas emissions finalised.

“We know the multilateral process will be in jeopardy if we show nothing by December,” Sering added in the wide ranging interview.

In 2009, nearly 200 governments agreed to limit warming to 2C above pre-industrial levels, beyond which the risk of droughts, flooding and sea level rise increases.

Many experts believe holding temperature rises to 1.5C is almost impossible, requiring radical emissions cuts from China, the EU and US, and huge carbon sequestration schemes.

The World Bank’s 2014 Turn Down The Heat study reported heating of 1.5C was already “locked into Earth’s atmospheric system”

“If it was 1.5C there would need to be a drastic reduction… and that would mean developing countries would have to make cuts as well,” Sering admitted.

It would require the world’s top 30-50 emitters to place carbon cuts “on the table” she said, including her own nation.

Some governments have already started playing down expectations for the Paris meet, the second time all the UN’s member states have tried to agree on a global climate pact.

The last effort in 2009 concluded in chaotic scenes in Copenhagen, with a loose and non-binding deal negotiated by the US, China and other major economies.

A recent meeting of the Major Economies Forum in Washington DC delivered a communique suggesting Paris should not be assessed on the level of carbon cuts it manages to secure.

Instead it should be judged on the longer term regime it builds, said the participants of the meeting, which included US, Chinese, EU and India.

For Sering, who fears devastating storms like Typhoon Haiyan in 2013 could become more common as the planet warms, this will evidently not be enough to represent success.

“That kind of statement comes from what happened in Copenhagen – when expectations were far too high,” she said, but added that “numbers” were needed to demonstrate progress.

“We have been advocating for 1.5C before Copenhagen,” she said. “And even before 1.5C we are seeing a lot of catastrophe.”

Where Sering did see progress was in the provision of greener energy solutions and finance packages for developing countries.

Rich and poor have been asked to submit climate strategies – known as INDCs – to the UN well before Paris, so it can assess what further assistance and carbon cuts will be required.

The Philippines sees this as an opportunity to pull together a “long term investment plan” said Sering, which will be delivered well before the October deadline.

Perhaps surprisingly, she said money and technology were no longer the major problems facing poor countries.

As a recent report by the International Energy Agency points out, developing countries are struggling to get past intellectual property rights and access the huge variety of green energy solutions on the market.

Where they needed help said Sering was in developing the capacity to implement wide-ranging green policies.

“It’s all there. It’s a matter of how developing countries develop their capacity,” she said. “A decade ago we would have not predicted the deep cuts in solar costs.

“There is a move and intention to adopt low emission strategies if the technologies are made available.

“We have to have this support so it won’t be a burden for us to transition.”