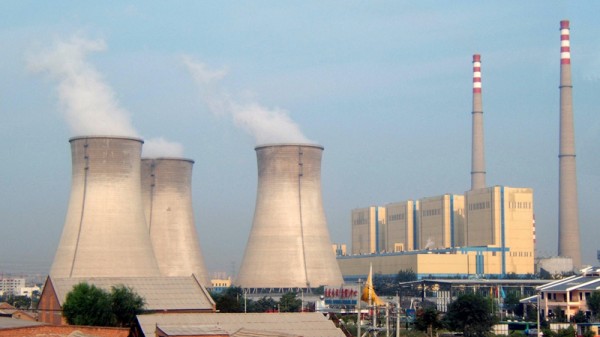 A Beijing power plant. Expected Chinese investment in coal plants for Pakistan has not come through (Pic: Flickr/Bret Arnett)

Pakistan has halted work on six coal-fired power projects of some 14,000 megawatts due to environmental concerns, lack of needed infrastructure and foreign investment.

The cost of the entire project was estimated at US$6-8 billion and it was scheduled to be completed in 2017.  The government was expecting to generate 6,600 MW of electricity from the project.

Separately, Pakistan’s Punjab provincial government announced five coal-based power projects of 7,400 megawatts to be installed in different cities, but they have also been stalled.

Omar Rasool, a top official in the water and power ministry, confirmed the projects have been put on the back burner and the government was now planning to use liquefied natural gas (LNG) to generate electricity.

“The government is well aware of the environmental hazards of the coal-fired power projects; therefore it is planning to use alternative sources like the natural gas to produce electricity,” he said.

However, Rasool said the government was still negotiating with the Chinese government to secure investment for at least two coal-based power projects.

“A viable energy mix solution may help Pakistan overcome its energy crisis but we need foreign investment to execute these projects,” he said.

First shipment of 60,000 tonnes of the LNG arrived in Pakistan on March 26 from Qatar and the government would supply this to four independent power producers, he said.

“The LNG would help generate around 1,000 megawatts additional electricity and the government would further boost supply of the gas to increase the generation in summer,” he said.

Syed Jamshed Rizvi, president of The Institution of Engineers Pakistan, said the government’s tall claims about the coal-fired power projects stand completely exposed as it is now accepting the disadvantages of its overambitious schemes.

“We have numerous coal reserves available but they are useless for us unless extracted and used for generation of electricity,” he said.

He suggested the government start only viable projects to address the energy crisis and avoid overblown rhetoric, which only erodes its credibility with the public.

“The government was planning to import coal from China for the initial three years but now it realised that it has neither the funds to import the coal nor the needed infrastructure to transport it to plants in different cities,” he said.

Pakistan faces a year-round electricity crisis which rises to around 7,000 megawatts in summer. The government was planning to bridge the shortfall by building coal-fired power plants with help of foreign investment, especially from China, but failed to do so.

Arshad Abbasi, an energy expert at the Sustainable Development Policy Institute, said the government should have conducted basic environmental studies before launching the projects.

In South Asia, the total coal consumption in 2012 remained around 685 million tonnes, of which 98% was used in India, with the highest share consumed in the power sector, he said.

“The share of electricity generated by coal in India is 71%, the highest in the region, but at the same time the coal-based thermal power plants are the single biggest source of air pollutants, causing trans-boundary fog in winter, change of weather patterns, including monsoon rainfall,” he said.

Being a signatory to the Minimata Convention on Mercury, Pakistan is required to control and reduce emissions of mercury and mercury compounds from point sources including coal-fired power plants, he said.

“The coal-fired power plants are the largest contributors to mercury emissions worldwide, so the government should think twice before initiating such projects,” he said.

“If the government uses the coal funds to make a canal from its Chenab river, this would help irrigate the country’s two biggest deserts, Cholistan and Thar, besides overcoming energy crisis and food-insecurity,” he said.

He accused China of offering obsolete technology to Pakistan for its coal-fired projects, which would only add to the country’s environmental woes.

“The coal-based power projects will spread different diseases like tuberculosis in the respective areas besides polluting our water resources,” he said, suggesting the government to turn to  clean energy sources like wind, sun and hydro-power.