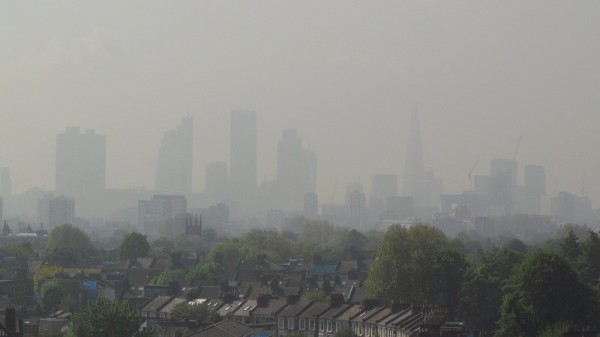 The research, presented at a health and environment summit in Israel, for the first time ever puts an economic value on its impact on European public health.

“The evidence we have provides decision-makers across the whole of government with a compelling reason to act,” said Zsuzsanna Jakab, WHO Regional Director for Europe in a statement.

“If different sectors come together on this, we not only save more lives but also achieve results that are worth astounding amounts of money, ” Jakab added.

Over 90% of citizens in the region’s 53 countries are exposed to levels of outdoor fine particulate matter above WHO’s air quality guidelines.

These accounted for 482,000 early deaths in 2012 from strokes and heart and respiratory diseases. In the same year, indoor air pollution resulted in an extra 117,200 premature deaths, with mortality rates five times higher in low-and middle-income countries than richer states.

Tomorrow in the United Kingdom, where the WHO put the economic cost at $81 billion or 3.7% of GDP, a supreme court will rule on a case brought against the government over the UK missing deadlines to slash nitrogen dioxide rates.

Many of the air pollutants that are damaging to health come from the same sources as greenhouse gas emissions: power plants, heavy industry and road transport.

Increasingly, experts are working together to highlight the joint benefits of action. with the WHO holding its first ever global conference on health and climate change last summer.

US president Barack Obama has played up the health benefits of his curbs on coal power emissions, in a bid to overcome partisan divides on climate change.

And tackling harmful smog is a key motivation for China’s policies to clean up industry and roll out renewable energy.