Investors urge US regulator to force action on climate risk 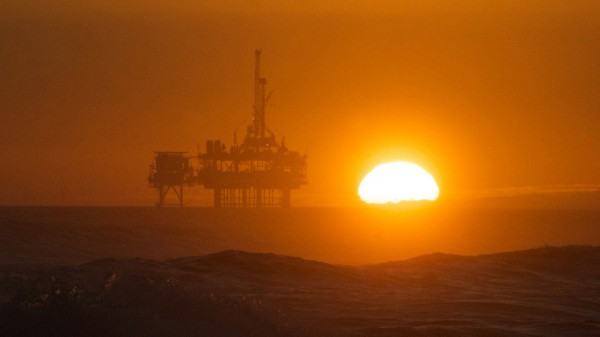 Investors representing nearly US$2 trillion in assets have written urging the US financial regulator to act on climate risk.

Shareholder activists succeeded on Thursday in persuading oil major BP to disclose how its portfolio could be affected by climate regulations.

But Exxon Mobil, Chevron and Canadian Natural Resources are failing to seriously analyse the threat, according to the letter coordinated by advocacy group Ceres.

It called on the Securities and Exchange Commission to demand better reporting throughout the industry.

“By failing to hold the fossil fuel industry to the same disclosure standards as other industries, the SEC is allowing the sector to hide its true level of risk,” said Mindy Lubber, president of Ceres.

That prevents cash flowing to the low carbon projects “we desperately need,” she added. Avoiding the worst impacts of climate change will take an extra “clean trillion” dollars a year, Ceres estimates.

Report: US coal crash ‘serves as a warning’ to fossil fuel investors

A slump in the oil price over the past year has forced oil majors to cancel or postpone projects worth billions of dollars.

Analysts at MSCI calculate investors that eschewed coal, oil and gas holdings outperformed conventional funds in the past five years. The fossil free portfolios grew 69.9% over the period, compared to 62.2% for the rest.

Ceres argues curbs on emissions will only dampen oil demand and the sector’s profitability in future.

London think-tank the Carbon Tracker Initiative estimates oil and gas companies are planning US$1.1 trillion of spending on high cost, carbon-intensive projects in the next ten years.

Meanwhile, governments are intensifying efforts to avert dangerous climate change, with the aim of reaching a global deal in Paris this December.

Scientists estimate a third of known oil reserves and half of natural gas must stay in the ground to limit warming to 2C, the internationally agreed goal.

This threatens not only the future of oil companies, but people’s pensions, which are substantially invested in the sector.

“The past 12 months have marked a period of volatility in the fossil fuel industry and, in many cases, investment losses,” they wrote.

“Climate change is likely to pose additional challenges to these companies.”

Some financial regulators are already considering the implications for the market of an economy-wide shift away from carbon-intensive activities.

The Bank of England wrote in a recent discussion paper: “Fundamental changes in the environment could affect economic and financial stability and the safety and soundness of financial firms, with clear potential implications for central banks.”

Separately, chief executives from 43 companies have released a letter to delegates at the World Bank/IMF spring meeting calling on countries to agree a tough new climate pact in Paris later this year.

The group, which represents businesses that generated combined revenues of US$1.2 trillion in 2014, calls on governments to “take bold action at the Paris climate conference”.

“We are already taking action,” the chief executives write. “We stand ready to work with the international community to deliver practical solutions.”

Signatories include the CEOs of Volvo, Accenture, BT, Philips, Swiss RE and Unilever.