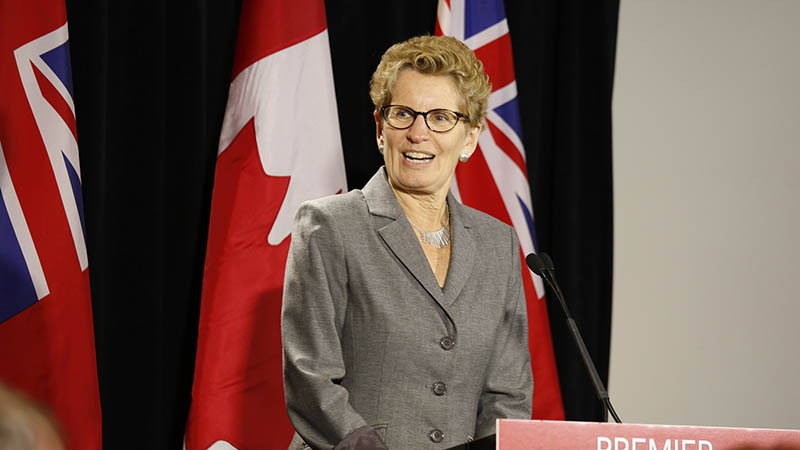 The Canadian province of Ontario has announced plans to link up with Quebec and California to create a North American carbon market covering 61 million people.

Ontario premier Kathleen Wynne made the long-awaited decision public on Monday, revealing that she had commissioned a six-month consultation on how the cap and trade system would work.

“Ontario intends to join the cap and trade system under the Western Climate Initiative,” she said in a statement, referring to a carbon trading scheme already operating.

“Under the cap and trade system, businesses will have their own greenhouse gas quota and will then be able to sell it if they don’t need it because of their own efficiency.”

Monies raised from the carbon market will be reinvested in helping families and businesses reduce their emissions, and increase provision of public transport.

Research from the University of California, Berkeley indicated the scheme would add 2.6 cents to the price of litre of petrol.

Transport, industry and buildings are the largest sources of emissions in Ontario, which became the first North American state to eliminate coal from its electricity mix, replacing it with hydropower, gas, biomass, wind and solar.

Ontario’s move comes despite a lack of pressure from the federal government in Ottawa to take any action on climate change, and was welcomed by Dirk Forrister, head of the International Emissions Trading Association (IETA).

“Ontario’s decision is the latest in a growing number of sub-national jurisdictions taking the lead on climate action and carbon pricing in the absence of a strong national plan – a scene which is playing out across the North American continent,” he said.

In an interview with RTCC last December, Ontario environment minister Glen Murray said his provincial government had “given up hope” Harper would back a country-wide cap and trade scheme.

Canada is among a small band of developed countries who have still not revealed what contribution they could make to a UN climate pact, due to be signed off at the end of 2015.

Ottawa is committed to curbing emissions 17% on 2005 levels by 2020, but withdrew from the Kyoto Protocol climate treaty because it was on course to miss its target.

In October 2014 the independent auditor general delivered a withering assessment of the country’s climate policies, suggesting its 2020 goal was unattainable.