EU vows to preserve climate ambition in use of forests 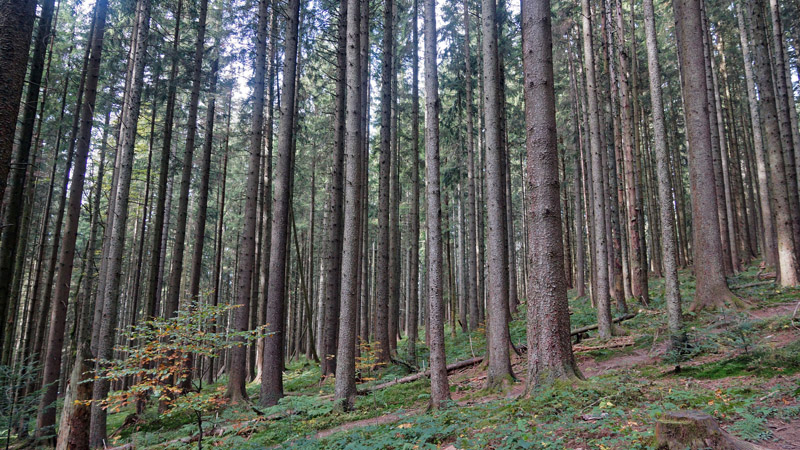 Fears have been raised that the EU wants to use naturally occurring carbon sinks like forests and wetlands used to meet the its emissions reduction target of 40% (Pic: Allie Caulfied/Flickr)

The European Union will preserve the ambition of its climate action targets in the way that it accounts for forests, its Energy and Climate Commissioner told RTCC on Wednesday.

The European Commission last week published proposals for cuts in greenhouse gas emissions beyond 2020, under a new global climate agreement to be reached in Paris at the end of the year.

Some member states and environmental groups criticised the Commission proposal for confusion over how the EU would account for the impact of forests.

The forestry and wider land use sector can have a big impact on carbon emissions. That is because trees and other plants absorb the greenhouse gas carbon dioxide (CO2) as they grow.

The carbon is returned to the atmosphere by activities such as harvesting of wood and crops.

As a result, how a country accounts for its forests can make climate action targets easier or more difficult, leading to a suspicion of accounting loopholes.

EU forests presently lead to a net absorption of CO2.

In its proposal last week, the Commission said that it would include the effect of forests in the EU’s climate action under a Paris agreement.

That led to the suspicion that the Commission intended to use forests to offset emissions elsewhere in the economy, and so make the targets easier to achieve.

The EU headline target is to cut economy-wide emissions by at least 40% in 2030, compared with 1990 levels.

The Commission clarified on Wednesday that it only intended to include the land use sector in the sense that it would devise its own rules for doing so. Existing, multilateral rules under the Kyoto Protocol expire in 2020.

The EU would not weaken those existing rules.

“The EU has been very clear: no backsliding from current commitments. That also holds for land use, land use change and forestry in the EU,” the Energy and Climate Commissioner, Miguel Cañete, told RTCC.

Land use has long been an awkward feature of climate negotiations, giving rise to suspicion among environmental groups determined to preserve the integrity of emissions goals.

The EU has dealt with the issue in different ways in the past, adding to confusion.

For example, under the Kyoto Protocol, in the period 2008-2012, some EU member states chose to include some impacts of land use change, towards the overall target to cut emissions by 8%, compared with 1990 levels.

In addition, the EU has previously not spelled out its treatment of land use. The sector was simply not mentioned in past decisions on emissions targets, meaning that its treatment was only understood by implication.

And the rules are long and complex; UN rules on how to report carbon emissions from land use under Kyoto are more than 100 pages long.