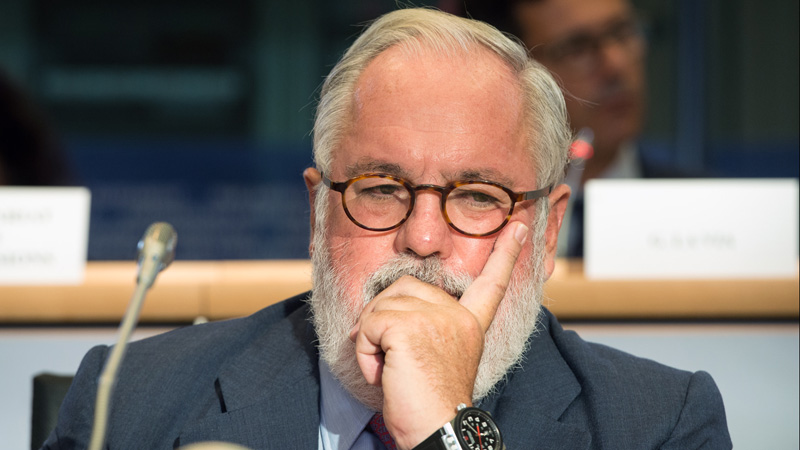 The European Commission has outlined its vision of a UN climate change deal, set to be signed off this December in Paris.

In a document released today, says governments should target greenhouse gas emission cuts of “at least” 60% on 2010 levels by 2050, with countries belonging to the G20 taking the lead.

Europe’s own initial contribution will be 40% carbon cuts on 1990 levels of by 2030, a decision backed by member states last October and set to be confirmed in March.

The proposed climate pact, due to be settled in Paris, should be in the form of a legally binding Protocol agreed under the UN, says the Commission.

It wants the UN to commission a review of progress every five years to assess whether the world will avoid warming 2C above pre-industrial levels, a level deemed dangerous by scientists.

But in a move that is likely to disappoint many developing countries, the bloc says it is “to early” to commit to further assurances over climate finance beyond 2020.

In a statement emailed to the media, EU climate and energy chief Miguel Arias Cañete called the proposals “ambitious” and said they proved Europe was “showing the way”.

“We are the first to clearly outline our ambitious target for Paris…. now it is up to the other G20 countries – in particular China and the USA – to show the world that they too want a deal that’s worth the paper it’s printed on,” he said.

“Nobody wants a last minute frantic negotiation, so countries should show their cards and make concessions sooner rather than later.”

Today’s document represents the proposals from the Commission – not the conclusions from the European Council – which will have the final say, but it offers an insight into what Brussels hopes to achieve in Paris and beyond.

Any country wishing to join the so-called Paris Protocol would have to make a mitigation commitment, he added.

While the EU’s decision to make an early announcement has been broadly welcomed, many observers have questioned its ambition.

The goal to cut emissions 60% on 2010 levels by 2050 is at the lower end of the Intergovernmental Panel on Climate Change’s trajectory to avoid 2C warming, said independent analyst Niklas Hoehne.

And a proposal to include growing carbon sinks like forests and farmlands in the EU’s 40% climate goal for 2030 mean other sectors like transport and buildings could face easier carbon cuts as a result, say critics.

Nick Mabey, head of environmental think tank E3G, said the document contained too many “loopholes and ambiguities” and urged governments to reconsider their strategy.

He described its focus on technology, trade, climate finance and adaptation plans as “incredibly weak”, and said EU views on a compliance mechanism for the Paris deal were “undefined”.

“This does not look like a 2C compatible agreement,” he said. ““It’s only a starting point but it’s a pretty poor starting point… Europe has a better story to tell.”

Jennifer Morgan from the World Resources Institute called on EU leaders to consider a stronger carbon cutting goal for 2030.

She argued the EU could cut emissions 49% by 2030 if it slashed natural gas imports and invested more in renewables.

“Ahead of the Paris summit, Europe has the opportunity to join other countries like the U.S. and small island states by adding an ambitious emissions reduction goal for 2025,” Morgan said.

“A 2025 goal will create an earlier opportunity for all countries to evaluate their emissions trajectory and ramp up ambition. This would be consistent with its call for regular five-year cycles starting in 2020.”

Other observers said the lack of references to loss and damage in the 2015 deal – a key demand of poorer climate vulnerable countries – struck a disappointing precedent.

Mattias Soderberg, a Danish climate campaigner from from the ACT Alliance said this, and the omission of any argument detailing why the EU’s carbon pledge was fair were major failings in this document.

“Do EU consider their contribution fair based on their historicy emissons? Their capacity? Or is it just a compromise of what they can achieve within existing budgets and plans? When the Banks needed extra support there were no limits,” he said in an email.

Countries still have just over nine months before the Paris deal needs to be signed. A set of draft proposals for the pact was agreed by over 190 participating countries was agreed at talks earlier this month.

Citing the need to cut emissions, provide cheaper electricity and wean the EU off Russian gas, the Commission said energy efficiency should be treated as “an energy source in its own right”, and the planned €315 billion European investment plan should back low carbon infrastructure.

No mention was made of coal’s future, which accounts for 71% of carbon pollution from Europe’s power sector, and 20% of the continent’s total emissions.

“Our vision is of the Energy Union as a sustainable, low-carbon and climate-friendly economy that is designed to last,” reads the Commission proposal.

It adds: “To reach our goal, we have to move away from an economy driven by fossil fuels, an economy where energy is based on a centralised, supply-side approach and which relies on old technologies and outdated business models.”