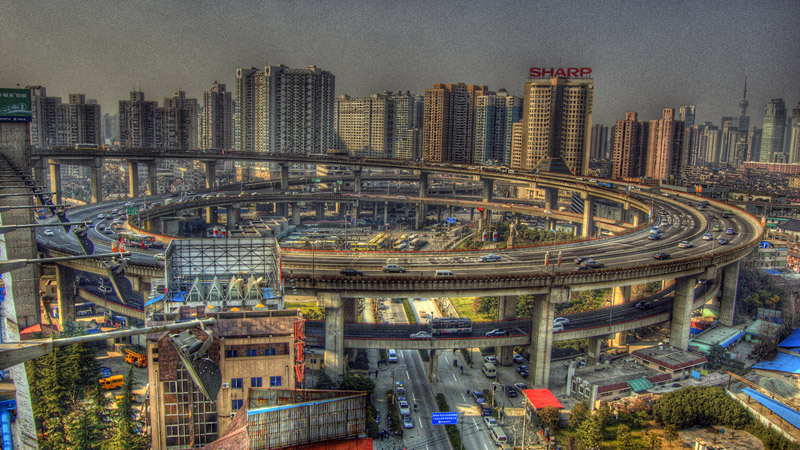 Shanghai is one of many major Chinese cities which suffers from serious air pollution problems linked to coal (Pic: Flickr/Jakob Montrasio)

China is likely to adopt tougher coal and carbon dioxide caps in its next five-year plan, set to run from 2016-2020, according to a leading expert on Beijing’s climate strategy.

“For CO2 emissions, I do expect there would be a serious cap to be put in place,” said Professor Qi Ye, director of the Brookings-Tsinghua Center for Public Policy.

“This is consistent with carbon market starting in 2016. Whether or not it’s a nationwide cap or it’s just a cap for provinces, I think that’s something still under discussion.”

The 13th Five Year Plan is expected out later this month, after the National People’s Conference, the annual Parliamentary sitting which takes place in Beijing from March 4-14.

Speaking at an event held at the London-based IPPR thinktank, Qi said the huge interest in ‘Under the Dome‘, a Chinese-made documentary charting the impact of air pollution on citizens, had placed lawmakers at the NPC under pressure to act

“This has generated a lot of passion,” he said of the 103-minute film that has been viewed over 100 million times since its release on the internet at the weekend.

“Air pollution has turned to be a social and political issue. It is a threat to the thinking of political legitimacy. It is a critical moment and event.”

Qi added that an “absolute cap” on coal use could be extended beyond the 30% of provinces currently covered.

“For the next plan I expect that will increase to include more provinces for absolute coal consumption caps,” he said.

The heavy coal consuming regions of Beijing, Hebei, Tianjin and Shandong already plan to cut coal use by 83 million tonnes between 2012-2017.

Other urban areas including Shanghai, Shenzhen and Guangdong also have policies to curb air pollution, a blight on most major Chinese cities and mainly caused by burning coal.

The government would continue to use carbon and energy intensity targets per unit of GDP as a way of measuring progress, Qi told the audience.

And in a joint statement with US president Barack Obama last November Chinese premier Xi Jinping pledged to target a carbon emissions peak by 2030.

Qi, who taught alongside China’s new environment minster Chen Jining at Tsinghua University, said the country could still see an emissions peak before the end of next decade.

“I think the Chinese government does not want to give the impression that 2030 is fixed,” he said.

“It tried hard to give the impression that this is possible and maybe even likely, but they are making the effort to get that peak earlier.”

A rapid resurgence in economic growth from could affect China’s decarbonisation plans, warned Qi, while he said easy access to new finance was essential for it to build a projected 1000 gigawatts of clean energy by 2030.

“To finance efforts like this – not one single country can do this alone,” he said.