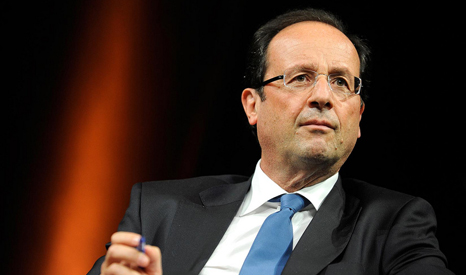 French president Francois Hollande will visit the Philippines this week to drum up support for the forthcoming UN climate negotiations in Paris.

Among his delegation will be Oscar winning actors Marion Cotillard and Jeremy Irons, who have been chosen for their commitment to environmental issues.

“We would like to call on all leaders involved in international climate negotiations to reach an agreement as soon as possible,” said Gilles Garachon, France’s ambassador in the Philippines.

“We’d like to make this call with the Philippines because your country is very much involved in the climate issue. The Philippines, though very vulnerable to the consequences of climate change, has a positive and constructive international stand.”

During a two-day visit, taking place on the 26-27 February, Hollande will visit Guiuan in Samar, one of the areas that witnessed some of the most devastating impacts from Typhoon Haiyan in 2013.

More than 6,000 people died as a result of the storm, which the UN’s weather agency said was likely made more severe by climate change.

Hollande is also expected to open a climate change forum that will be attended by government officials, academics and civil society representatives, the embassy said.

As well as the Hollywood stars, the president will be accompanied by foreign minister Laurent Fabius, who will preside over two weeks of negotiations in Paris in December, where the UN hopes a new international climate deal will be agreed.

French minister of ecology, sustainable development and energy Ségolène Royal and Hollande’s special envoy for the protection of the planet Nicolas Hulot will also be on the delegation, alongside a selection of French businessmen and academics.

Two French schoolchildren who won a climate change themed competition are also included in the line-up.

The State Visit is the first time that a French head of state has visited the Philippines since the country gained independence in 1946.

The leaders will also discuss terrorism in the wake of the Charlie Hebdo attacks that saw twelve people, including five prominent cartoonists, killed by Muslim extremists in Paris in January.

Hollande will follow in the footsteps of Pope Francis, who also visited Haiyan struck areas of the Philippines last month, and warned that polluting the planet amounted to a betrayal of God.