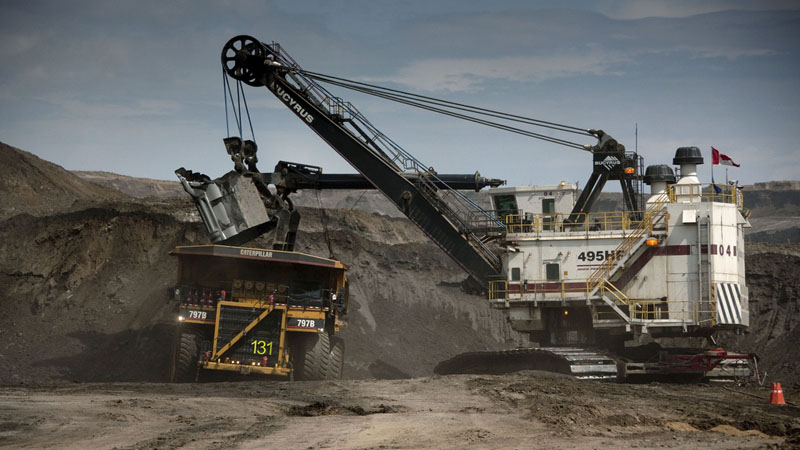 In 2012 the Athabasca Oil Sands in Canada represented around 4% of the company’s total production (Pic: Shell/Flickr)

In comments released to the media ahead of a speech in London on Thursday, chief executive Ben Van Beurden is quoted calling on his peers to engage with the issues around global warming.

“In the past we thought it was better to keep a low profile on the issue,” he says in a release to the media.

“It’s not a good tactic. We have to make sure that our voice is heard by members of government, by civil society and the general public.”

According to reports, he plans to tell industry leaders they should back limited efforts to decarbonise the world’s energy system, such as carbon pricing or switching from coal to gas.

Based on current levels of greenhouse gas emissions, scientists say the world has around 30 years before warming above 2C – deemed dangerous by experts – is locked into the earth’s climate.

Some observers say Van Beurden’s intervention is a sign oil leaders are concerned by the increasingly effective ‘carbon bubble’ and ‘divestment’ campaigns to highlight the fossil fuel reserves that cannot be used in a below 2C world.

Among ideas being discussed at UN climate talks in Geneva this week are a set of proposals to target zero emissions between 2050-2100, which would require a radical cut in oil and gas use.

But Van Beurden says there’s a need for a “balanced debate” over the future of fossil fuels, labelling campaigners calling for oil, gas and coal to be replaced with renewables as “naïve”.

“Yes, climate change is real. And yes, renewables are an indispensable part of the future energy mix. But no, provoking a sudden death of fossil fuels isn’t a plausible plan,” he adds.

Shell’s shareholders will vote in May on a resolution that calls for the company to offer detailed analysis of how its business plan fits with global efforts to cut greenhouse gas emissions.

The company recently announced it wold drill for oil near the North Pole this summer, despite warnings from experts that Arctic oil cannot be burnt if the world is to avoid high levels of warming.