US eyes climate cooperation with Iran at security summit

Amid talks on Ukraine crisis and Iran’s nuclear programme, John Kerry makes common cause with Tehran on climate 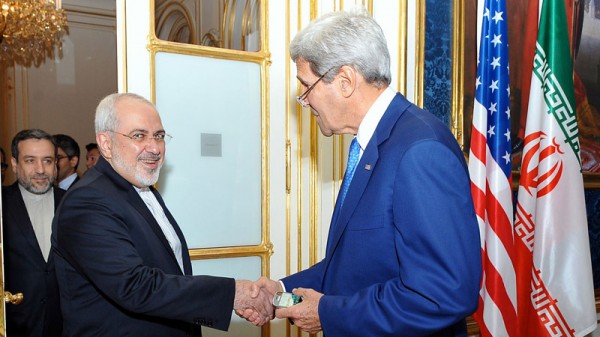 Climate change is bringing the US and Iran together as they seek to end an impasse over development of nuclear weapons.

Along with resolving conflict in the Ukraine, convincing Tehran to curb its nuclear programme was high on the US agenda at a summit in Munich on Sunday.

Secretary of state John Kerry hinted the two countries could collaborate on climate change, a core concern of the US security strategy published last week.

Referring to his Iranian counterpart Javad Zarif, Kerry said: “I see us working together to reach an ambitious global compact on climate change.”

That cooperation will help “curb the strife” afflicting places like Central African Republic, Colombia and the Democratic Republic of Congo, Kerry added.

In its first national security strategy for five years, the White House named climate change one of eight “top strategic risks” to US interests. Others included attacks on US citizens abroad, global economic crisis and infectious disease outbreaks.

Outlining president Barack Obama’s priorities, it described climate change as “an urgent and growing threat”. The warming atmosphere contributes to conflict over food and water resources, natural disasters and flows of refugees, the strategy warned.

Kerry’s remarks at the annual Munich Security Conference showed climate change can also be used diplomatically to bridge divides between countries fiercely opposed on other matters.

Iran, an economy highly dependent on oil exports, is not known for taking a strong position on climate change. At UN climate talks, it is in the “like-minded developing countries” group, which threatened to veto agreement at the last summit in Lima.

Yet with negotiators aiming to strike a global climate deal in Paris this December, pressure is building on all leaders to play a constructive role.

Laurent Fabius, France’s foreign minister and host of the Paris summit, also warned on the security impacts of rising temperatures.

“I am convinced that the effects of climate disruption on global security are massive,” he said in Munich.

“It undermines development. It causes population displacement. It increases competition for natural resources. It weakens states and fuels conflicts. Climate disruption is not only an environmental issue; it is fundamentally a security issue.”