Larry Summers: It’s time the US placed a price on carbon 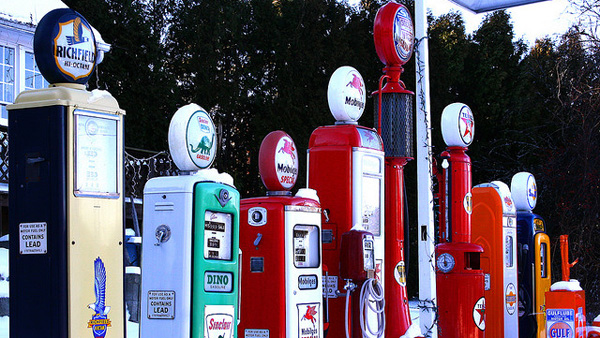 Former US Treasury secretary Larry Summers has added his voice to calls for governments to agree on a global price for carbon in fossil fuels.

“A tax of $25 a ton would raise well over $100bn each year and seems a reasonable starting point,” he wrote in today’s Financial Times.

Summers, who served under President Bill Clinton from 1995-2001, argued the case for a tax is now “overwhelming” given the recent and sudden fall in oil prices.

Today the price of a barrel of Brent oil fell to $55, its lowest for 5 and a half years.

He said the US could unilaterally impose its own tax on all imports and domestic products of fossil fuels without burdening heavy consumers of fuel.

“There is room for debate about the size of the tax and about how the proceeds should be deployed,” said Summers.

“But there should be no doubt that starting from the current zero tax rate on carbon, increased taxation would be desirable.”

In 2009, the US tried to establish an emissions trading scheme similar to the EU’s, but the bill was defeated in the Senate.

Today, Washington’s lawmakers return for the 114th Congress, which is controlled by Republicans. This will make it harder to pass any new climate legislation.

Over the past year the World Bank, International Energy Agency and UN secretary general Ban Ki-moon have backed calls for a price on carbon.

Businesses who signed up to a World Bank sponsored declaration included Lego, Nokia and Shell, and were joined by a further 1000 cities.

Summers said the tax should be levied on imports from countries without a domestic carbon price.

The proceeds could be used to fill America’s “investment gap” in infrastructure spend, and would also prove a valuable boost to global efforts to secure an emissions cutting deal.

“It would be a hugely important symbolic step ahead of the global climate summit in Paris late this year,”

“It would shift the debate towards harmonised measures to raise the price of carbon use and away from the complex cap-and-trade type systems that in the EU and elsewhere have proven more difficult to operate than expected.”

Global carbon emissions are rising steadily despite warnings from scientists that there is a finite “budget” that can be released before dangerous levels of global warming are guaranteed.

Last week consultants PwC predicted emissions would rise by 2.5% in 2015, slightly lower than the average over the past 10 years.