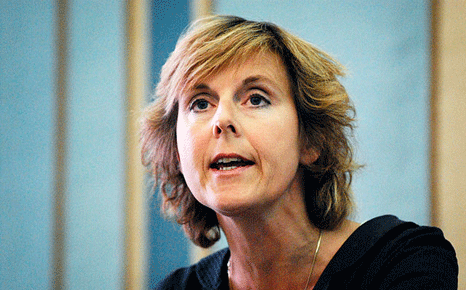 China’s decision to announce a peaking year for its carbon emissions should encourage India and other emerging economies to do the same, the EU’s former climate chief Connie Hedegaard has said.

Over 190 countries are scheduled to sign a pact to reduce greenhouse gas emissions at the end of 2015, aimed at limiting global warming to below 2C, a level deemed safe by scientists and politicians.

In November China said its emissions would peak in 2030, an announcement made jointly with the US, which revealed it would target carbon cuts of 26-28%, compared with 2005 levels, by 2025.

Speaking to the Guardian, Hedegaard, who led climate negotiations for the EU from 2010-2014, said she hoped Beijing’s leadership would have a domino effect on other major emitters such as India.

“It is good that China accepts that their emissions [are] of interest to the whole world. I remember when [asking] the Chinese when their emissions would peak destroyed the good atmosphere in a room,” she said.

“I hope it will make India [and others] reconsider their strategy, and I see signs that the new Modi government is doing exactly this.”

India contributed just 7% of global emissions in 2013, but there are fears that rapid industrial and population growth could see it follow China in the pollution stakes.

Under the 2009 Copenhagen Accord, it committed to reducing the amount of carbon emitted per unit of GDP by 20-25% on 2005 levels by 2020, but overall levels of CO2 continue to rise steadily.

“Our growth cannot be compromised,” he said. “We have the right to develop, and our priority is to eliminate poverty and meet the aspirations.”

The latest round of UN climate talks took place in Lima at the start of December, and concluded with the publication of a pathway towards the 2015 agreement, which is set to be wrapped up in Paris.

Most leading economies will release their ‘nationally determined contributions’ to the deal by the end of March, although some are not expected to have these ready until June.

The EU, US and China have already indicated what they will target, meaning that over 50% of global emissions are already accounted for.

But it remains unclear what other leading economies such as Canada, Japan, Australia together with South Africa, Brazil and Russia will propose.

And while the Lima meeting ensured that talks continue to move forward, it did not offer much guidance on how tightly these contributions will be assessed – a review process Hedegaard said would be critical for the integrity of any Paris pact.

“We need to know who is bringing what [commitments] in order to have time [before] Paris to see how all this adds up?” she said.

“Does it bring us closer to bridging the gap [between the world’s current emissions and the cuts needed to prevent more than 2C of warming], or are we more distant from it? Is it fair, is it not fair? That’s a difficult exercise.”

The former EU official, who will now chair the Kann Foundation, which funds climate and clean energy projects, also spoke of her fear that the US climate target could be scrapped if Barack Obama were followed by a president without his ambition to tackle global warming.

US leadership made a “huge difference” she admitted, but warned that it would need to be sustained in the long term.

While Hilary Clinton, the likely Democrat candidate for the 2016 presidential elections, is committed to Obama’s climate plan, potential Republican opponents such as Jeb Bush and Marco Rubio are on record doubting climate science.

“It is not certain how the US will deliver the 2025 targets – one year after Paris, Obama will be out of office,” said Hedegaard.