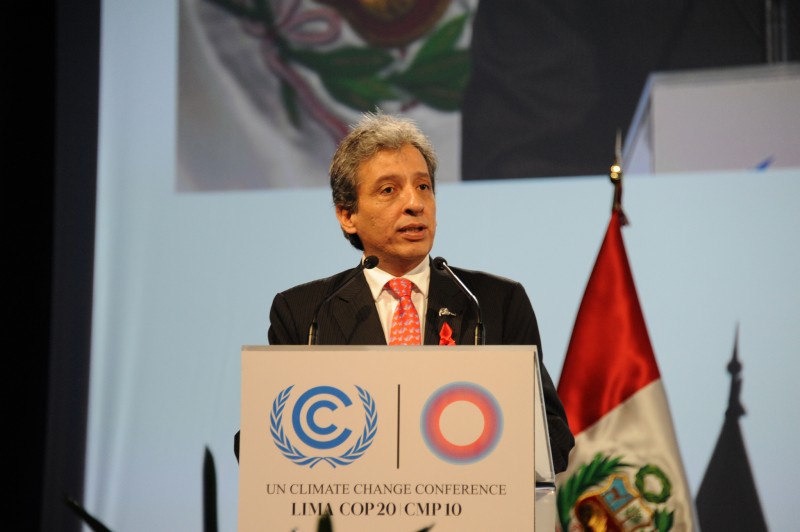 UN talks in Peru have concluded with agreement on a pathway towards a deal to address climate change in Paris next December.

With the summit 33 hours in overtime the 195 countries taking part finally agreed to adopt a four page document that explains the types of national climate targets they will need to deliver in the next six months.

Under the proposals the world’s leading economies will still need to reveal how they will slash carbon emissions by March 2015, with others following by June.

But they will not be compelled to offer up front information explaining how their national plans are fair or ambitious, nor will they face any rigorous assessment process ahead of the Paris summit.

Instead the UN will deliver its own analysis on the “aggregate effect” of all pledges by November 1, a month before talks in the French capital commence.

Critically, countries approved a set of “elements” that will form the building blocks of a new deal. These will be the subject of further and likely intense negotiations throughout 2015.

Christiana Figueres, the UN’s lead climate official, said the meeting had been “challenging” but demonstrated willing towards a global deal.

Manuel Pulgar Vidal, Peru’s environment minister and chair of the talks argued the process had moved forward despite an agonising few final hours.

“The best way is to go step by step – the we need confidence and the only way to move ahead is through consensus. It is a complex debate,” he said.

“The Lima call for climate action is a well balanced document and can reflect the positions of different parties.”

A statement signed by Oxfam, Greenpeace and Christian Aid said it had left the world on course for warming of “4C or worse.”

Officials had arrived in Lima in confident mood, fresh off new announcements of carbon cuts from the US, China and EU, plus news that the UN-backed Green Climate Fund was on course to raise US$10 billion by the end of 2014.

The sense of urgency was underlined by the World Meteorological Organization, which revealed on the third day of the meeting that 2014 was on course to be the warmest on record.

But a meeting that was meant to be more technical than political fast descended into a bitter fight, pitching the US and EU into a standoff with India, China and the G77 bloc.

During a series of increasingly fractious meetings that ran until early Sunday, envoys battled to develop the foundations of an international pact to cut greenhouse gas emissions, due to be finalised in December 2015.

Discussions seemed close to collapse after a tempestuous meeting on Saturday morning, where over 80 developing countries refused to back proposals suggested by UN officials.

After meeting key parties on the sidelines of the talks, Peru environment minister and summit president Manuel Pulgar Vidal released his own version of an agreement just before midnight, which was quickly accepted.

In moves to placate developing countries the final decision text included new references to the importance of adaptation and  climate compensation, known as loss and damage.

It also offered a new interpretation of the contentious principle of common but differentiated responsibilities, adding “in light of different national circumstances,” a phrase used in the recent US-China climate pact.

These six words were hailed by Figueres as an “important breakthrough”, who suggested national actions would now be judged on their historical responsibility for emissions, their respective capacity and current circumstances.

Michael Jacobs, advisor to UK prime minister Gordon Brown at 2009 the Copenhagen climate summit, highlighted this as a “big step forward” in helping all countries understand how they can contribute ahead of Paris next year.

But on finance there was little evidence that funds flowing from developed to developing countries will increase radically in the coming years, or any reason to believe rich countries will be able to deliver the $100 billion a year they have promised by 2020.

“The crunch issues here were very clear, you have to agree on the long time finance and show the roadmap on finance from now to 2019. They thought by putting in the Green Climate Fund their responsibilities were over,” said Harjeet Singh from ActionAid International.

Countries meet next in Geneva from February 8-13 where talks on the Paris deal will commence.