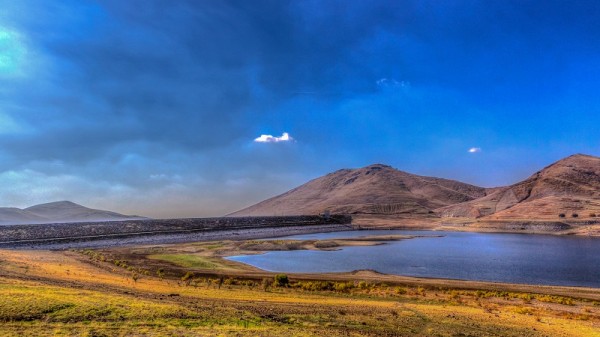 Lake Success in California at 4% of capacity as drought continues
(Pic: Flickr/David Seibold)

2014 is likely to be the hottest year in history, according to the World Meteorological Organization.

The WMO released its provisional conclusions as negotiators met in Lima to work on an international deal to combat climate change.

“The provisional information for 2014 means that fourteen of the fifteen warmest years on record have all occurred in the 21st century,” said WMO chief Michel Jarraud.

“There is no standstill in global warming.”

Impacts of the rising temperatures varied, with some countries facing exceptionally heavy rainfall and others extreme drought.

These effects were mainly driven by record high sea surface temperatures, at 0.45C above the long term average, the WMO said.

Its analysis is based on datasets from leading climate research units in the UK’s Met Office, NASA and the US National Oceanic and Atmospheric Administration.

The UK’s Met Office added that rising temperatures in the Pacific Ocean could signal the end of the so-called global warming “pause”.

Those sceptical of man-made global warming often point to an apparent flatlining of surface air temperatures since the late 1990s.

Scientists have given various explanations for this, with oceans thought to play a significant role in storing and releasing heat.

“The evidence for the influence of human emissions of greenhouse gases on this year’s likely global mean surface temperature record is irrefutable,” the Met Office report stated.

The UK has been 1.6C hotter than the long term average in the year to date, a result the Met Office said had been made 10 times more likely by human activity.

There was extreme weather on every continent, from severe flooding hitting millions in northern Bangladesh, northern Pakistan and India in August and September to ongoing drought across large areas of the western US.

In one area of reprieve, the tropical cyclone season was slightly less vigorous than the 1981-2010 average of 89 storms, with 72 by 13 November.

Over 190 countries are in Lima discussing how to limit warming to below 2C, above which heatwaves, droughts and other extreme conditions could intensify.

Christiana Figueres, the UN’s climate chief, said: “Our climate is changing and every year the risks of extreme weather events and impacts on humanity rise.”

“Fortunately our political climate is changing too with evidence that governments, supported by investors, business and cities are moving towards a meaningful, universal climate agreement in Paris 2015.”

But Richard Black, head of the Energy and Climate Intelligence Unit, warned against over-interpreting the results.

“If you see a record one year, you probably won’t see another one the following year, due to natural variability,” he said.

“The long-term trends are much more important: and whether it’s surface temperature, ocean temperature, sea level, glacier melt, Arctic ice melt or the migration of species to cooler conditions, those trends provide a much clearer indication of a changing climate than the occasional breaking of a temperature record.”