Miguel Arias Canete on why 2C is still the goal, coal is not the answer and critics have got him wrong 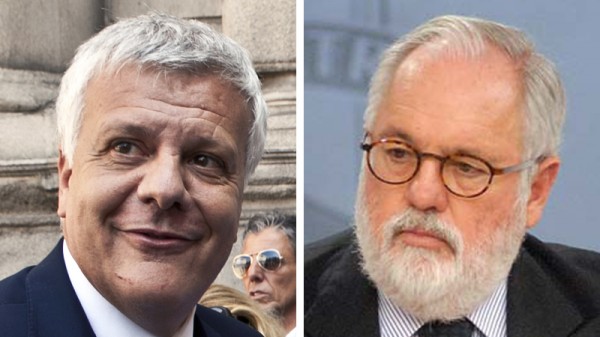 After China and the US, the European Union represents the third largest emissions bloc in the world.

Its role will be critical in UN climate talks that kick off in Lima next week.

RTCC asked Miguel Arias Canete, EU commissioner for climate action and energy, about backsliders, coal and critics of his appointment. See his answers below.

What do you hope to achieve in Lima?

I have high hopes we can build on recent momentum in Lima and pave the way towards a binding deal on climate change at COP 21 in Paris next year. Specifically, Lima needs to deliver on four crucial areas.

Firstly, we need an agreement that ensures that countries’ greenhouse gas reduction contributions are transparent, quantifiable and comparable. Secondly we need to confirm the international process for judging the ambition of those contributions against the below 2 degree objective.

Thirdly, we need to confirm the key elements of the 2015 Agreement as a basis for further negotiations in 2015. And finally, because climate change is not waiting for us to act, it’s happening right now, we need to enhance mitigation ambition before 2020.

Everyone has welcomed the US and China’s commitments to reduce emissions, but these are not enough to limit warming to 2C. Is the EU still committed to the 2C goal and if so, how do you intend to build enough ambition to meet it?

The EU remains firmly committed to achieving the internationally agreed 2C objective. EU leaders showed this by agreeing a 40% greenhouse gas reduction target for 2030 just last month. This target is ambitious, consistent with the latest climate science, and in line with the recommendations of the Intergovernmental Panel on Climate Change.

I strongly welcomed the recent announcement by the US and China on their greenhouse gas reduction targets. It is a sign to the rest of the world that that the waiting game is over. The way to build ambition now is for others that have yet to make their intentions known to come forward with their contributions early in 2015. Only then can we jointly take stock of where we collectively stand in relation to the below 2C objective.

Australia and Canada are backtracking on previous climate commitments. What can and should the EU do about that?

All members of the G20 reaffirmed their commitment to securing a climate agreement that is applicable to all in Paris. We welcome this progress, and now we look forward to seeing those other major economies in the G20 joining the EU, USA and China in announcing their targets as soon as possible.

Germany is on course to breach its 2020 emissions goal. How can you convince the rest of the world Europe’s targets are credible when one of its biggest economies is failing to deliver?

The EU’s 2030 climate and energy framework includes support to help poorer member states “modernise” their energy systems. Some have raised concerns this could become a backdoor subsidy for Polish coal plants, undermining efforts to reduce emissions. What assurances can you offer that this support will go to energy efficiency and clean sources, not coal?

The European Council agreed to create a modernisation fund to address the high investment needs that lower income member states face to decarbonise their economies. The Council was very clear that the funds would be used to ‘improve energy efficiency and to modernise the energy systems of these member states, so as to provide their citizens with cleaner, secure and affordable energy.’

We should acknowledge that fossil fuels will continue to play a role in the energy mix of some member states. But given our long term goals of low-carbon transition, I am not convinced that coal is the best solution to modernise the power sector. If investments in fossil fuels are to be compatible with the EU’s pathway to a low-emission economy, carbon capture and storage (CCS) must play an essential role. This means we need to work towards improving the conditions for the commercial deployment of CCS in the EU.

More than half a million people opposed your appointment as commissioner for climate action and Greens argued your links to oil companies conflict with the climate agenda. What do you have to say to these critics?

There were a lot of misconceptions about me in the build up to my appointment, which I addressed in my hearing before the European Parliament.  I share the passion that many of the people who criticised me have for tackling climate change.

If I did not I would not have taken this position as commissioner for climate action and energy. I will always look to work together with all those who share my commitment to delivering lasting solutions to climate change for the EU and the world.