Head of Catholic church says global warming is a “social justice” issue, confirms encyclical on environment due in 2015 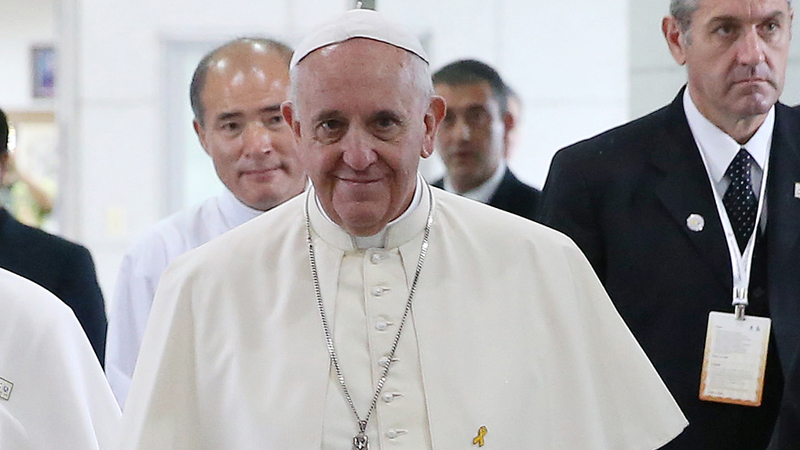 Pope Benedict was dubbed the first green pontiff because of his sermons on protecting the environment and installation of solar panels at the Vatican.

His successor Pope Francis appears keen on maintaining this relatively new tradition, telling the UN’s lead climate official Christiana Figueres that the environment will be one of his priorities for 2015.

In a meeting with Figueres at the Vatican, the pope confirmed he will deliver a Papal Encyclical on the environment and climate change next year.

“They discussed the challenge of climate change… which he sees as a social justice and human rights issue,” Figueres’ spokesperson Nick Nuttall said.

At Vatican this week, asked @Pontifex for his help in raising global consciousness about need 2 act on #climatechange pic.twitter.com/WWGcfjg0XS

An encyclical is a letter written to Catholic bishops. To date just one has been issued since Pope Francis took office, “The Light of Faith” in June 2013.

According to Vatican data from 2013, there are an estimated 1.2 billion Catholics around the world, with Latin America home to 483 million believers.

Next week envoys from nearly 200 countries will gather in Lima, Peru to discuss plans for a UN climate agreement to curb greenhouse gas emissions, due to be signed in 2015 and come into effect by 2020.

This type of intervention from the Vatican is not invested with infallible authority but challenges certain high profile climate sceptics who are also Catholic.

These include Cardinal Pell, an Australian now charged with running the Vatican’s budget; John Boehner, Republican leader of the US House of Representatives and Australian prime minister Tony Abbott.

It wouldn’t be the first time the Catholic church has tried to influence the climate debate.

In 2009 ahead of the Copenhagen UN climate summit Pope Benedict called on leaders to “promote a joint development based on human dignity and for the common good.”

Earlier this week, Pope Francis took the opportunity to urge Europe to focus on green and sustainable growth.

In a widely reported and punchy address to the European Parliament, the pope reminded MEPs they were “stewards, but not masters” with a responsibility to protect the planet for future generations.

“Our earth needs constant concern and attention,” he said. “Each of us has a personal responsibility to care for creation, this precious gift which God has entrusted to us.

“This means, on the one hand, that nature is at our disposal, to enjoy and use properly.”

In keeping with much of his tenure as head of the Roman Catholic church, Pope France delivered a blistering critique on global inequality.

“It is intolerable that millions of people around the world are dying of hunger while tons of food are discarded each day from our tables,” he said.

“Respect for nature also means recognising that man himself is a fundamental part of it.”