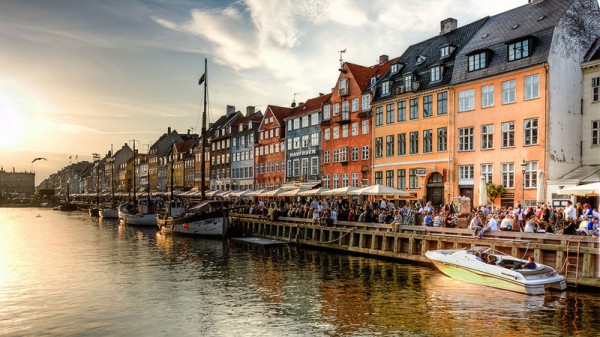 Scientists and UN officials will release a critical study outlining the latest knowledge on climate change this Sunday in Copenhagen.

It comes at a crucial time for the world’s governments – just one month ahead of the UN’s annual climate negotiations in Peru, and a year before governments sign off a new climate change deal in Paris.

Governments are working alongside scientists this week to finalise the 100-page document, which summarises the findings of over 30,000 scientific papers.

“The message is that global warming is unequivocal and unprecedented, that it is extremely likely due to human activities,” Jean Jouzel, a climate scientist and member of the French government delegation told RTCC.

Crucially, said Jouzel, the synthesis brings out continuity between the science and the solution, “It gives weight to the message.”

The stakes are high – and those gathered in Copenhagen will likely work through Friday night to ensure the report is complete.

Next March the world’s leading carbon polluters will submit proposals on how they will reduce their greenhouse gas emissions. These will form the basis of an international agreement to address climate change, slated to be signed in December 2015.

“It’s no coincidence that the report is coming out just before negotiations in Peru,” she said.

Governments are closely involved in the final IPCC process, working with scientists to tease out the messages most relevant to politicians ahead of these negotiations.

Delegations from the 192 governments involved have to approve the report line-by-line, and distil findings into a 30-page summary for policymakers.

Ahead of this week, governments were given the opportunity to provide written comments on the report. Leaked drafts showed that the US wanted the report to build more of a narrative of the danger of failing to tackle climate change.

In contrast oil-rich Saudi Arabia suggested the IPCC make clear the rise in global temperatures has slowed in the past 17 years.

There have been concerns that governments have been too heavy handed in pushing their own policy agenda into the document, which is meant to remain policy neutral.

The BBC reports that IPCC chairman Rajendra Pachauri had to remind government delegates that they were working on a summary for policymakers, not by policymakers.

But Jouzel told RTCC that he does not expect the final report to be much different from what was proposed by scientists at the beginning of the week.

The involvement of governments in the final draft means that governments are more likely to hinge their political decisions on it at the UN climate talks, he adds.

The report will offer hundreds of reasons why governments need to tackle climate change, said Leo Hickman, climate change policy advisor from WWF-UK, who said the report was “an incredible scientific endeavour”.

Christiane Textor, a member of the German government delegation in Copenhagen, told RTCC that it was important in bridging the gap between scientists and policymakers.

“The science-policy interface is really coming to life here,” she said. “It’s also a big outreach from science into the policy arena because many governments appear, and we listen to the science and they also explain the science to us.”

While the report is forbidden from prescribing policy approaches by government, its findings can lead to politically difficult discussions.

Among the most sensitive subjects is the “carbon budget”, which states that there is only a certain amount of carbon dioxide that can be emitted before the world exceeds warming 2C, a threshold deemed dangerous by scientists and politicians.

The IPCC reported in September 2013 that over half of this has already been used up.

Developed countries have burned the majority of fossil fuels so far, which have formed the bedrock of their economic progress since the industrial revolution.

The difficult question of who gets to burn the rest and if this should be shared out is one of the underlying sources of tension between countries working on a UN climate agreement.

The report will carry warnings about ocean acidification, melting glaciers and rising sea levels. And it will likely it will say 1983-2012 was one of the warmest periods on record.

Many of these effects are likely to be “irreversible” in the short term if emissions continue to rise, a draft seen by RTCC said.

It also spells out the opportunities.

The draft said that efforts to cut greenhouse gases over the next few decades can “substantially reduce risks of climate change in the second half of the 21st century and beyond”.

That line is likely to form the basis of arguments for an ambitious UN treaty next year – a moment where politicians, not scientists, will determine what action is taken to tackle climate change.