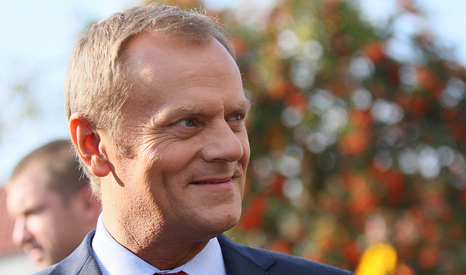 Polish prime minister Donald Tusk has been appointed the next president of the European Council, replacing Belgium’s Herman van Rompuy.

Tusk will represent Europe on the world stage for two and a half years from 1 December 2014. His reign will span the development of an EU climate and energy policy framework to 2030 and critical world climate talks in Paris.

Italy’s Federica Mogherini replaces the UK’s Catherine Ashton as EU foreign policy chief. She has a key role in handling the tensions between Russia and Ukraine, which has an energy security dimension.

Tusk and Mogherini will work closely with European Commission president Jean-Claude Juncker, who takes up the role in November.

Rumours Denmark’s Connie Hedegaard could continue in her role as climate commissioner have been dismissed, after prime minister Helle Thorning-Schmidt nominated economics and internal affairs minister Margrethe Vestager as the country’s commissioner.

Announcing the decisions after a meeting of European leaders on Saturday, van Rompuy said Tusk “has impressed his colleagues and the outside world with the determined and confident way he has led his country and steered Poland through the economic crisis”.

Tusk becomes the first Eastern European to hold the prestigious office. Van Rompuy said the Pole had brought his country “to the very heart of Europe”, ten years after joining the union.

The appointment concerned some environmentalists. Under Tusk’s premiership, Poland based its energy policy on polluting coal and resisted strong climate targets.

Comment: Could Tusk use EU top job for anti-climate agenda?

Stephen Tindale, associate fellow of the Centre for European Reform, argued in RTCC the Pole would have limited opportunity to derail Europe’s climate strategy.

Tusk’s appointment was neither a step forward, nor a step back, Tindale said.

According to van Rompuy, the three main challenges for Tusk will be the stagnating economy, the security threat from Russia and Ukraine, and Britain’s place in the union.

Meanwhile, Mogherini “will prove a skilful and steadfast mediator, negotiator and defender of Europe’s place in the world,” said van Rompuy.

Critics have said Mogherini, who is Italy’s foreign minister, lacks experience and is not tough enough on Russia.

“We still all know that the military way is not the solution [in Ukraine],” she said. “We have to keep the diplomatic way open.”

The next big question is who will be allocated to the 28 commissioner posts, from the representatives nominated by each member state. Juncker is set to announce the appointments on 9 or 10 September.