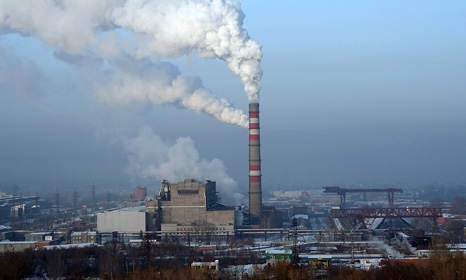 The EU must compensate low income member states over the “excessive burden” of its climate targets for the next decade, according to a group of central European states.

A statement released by the Visegrad group says that the EU must quickly resolve how to distribute an overall 40% greenhouse gas reduction target among member states if it wants to meet the UN’s timeline for contributions towards a new climate change treaty.

They also called for individual countries to have more control over their own contributions to European efforts to stop climate change, rather than having to submit to targets imposed at EU level.

The Visegrad group is a coalition of Czech Republic, Hungary, Poland and Slovakia, whose environment ministers met last week in Hungary with those from Bulgaria, Croatia and Romania. These countries have some of the lowest incomes within the 28 EU states.

In a statement released after the meeting, ministers said that the EU should come up with “proper mechanisms… that would allow lower income Member States to be compensated for the excessive burden borne by the implementation of the new climate and energy framework need to be elaborated and agreed upon as soon as possible.”

They emphasised that this should be before a final decision is made on the EU’s new package on climate and energy policies, which is expected in October at the latest.

“This is one of the key elements to pave the way for a decision on GHG reduction target by the European Council in a timeline allowing a submission of the EU intended contribution in the first quarter of 2015,” they continued.

The final decision in October is widely expected to confirm the Commission’s recommendation of a 40% greenhouse gas reduction target, along with a 27% renewables target within which states will set their own national targets. In the statement, although not supported by Croatia, the Visegrad group said that they did not support a legally binding renewables target.

The targets are likely to weigh more heavily on countries such as Poland, which rely heavily on coal, and which is currently looking to develop its shale gas resources as a ‘low carbon’ alternative. The Polish government today launched a website intended to relay information about shale gas and its exploitation.

A meeting of the European Council in March concluded that there should be a Commission to develop the options for effort sharing.

Julia Michalak, EU policy officer at campaign group CAN Europe, told RTCC that she supported the Visegrad group in calling for movement on this mechanism to be decided, though the bloc would need to exercise caution in ensuring that any extra investment was spent on renewables and energy efficiency, rather than retrofitting the countries’ ageing coal-fired power plants.

“I would not call it ‘compensation’ as low carbon development is a chance for these member states,” she added. “These are the countries that would benefit most from decreased cost of imported fuels, and they would have the highest health benefits. They would have to replace their ageing power generation systems anyway.

“I think it’s more about an investment gap and about ensuring that the EU’s overall goal is achieved with cost efficient measures.”

The group also said that countries offer “nationally determined” commitments to increase ambition on climate change before 2020, which is when the UN’s new climate change treaty is scheduled to begin. The EU currently has a target of reaching 20% reductions in greenhouse gas levels by 2020, but this is not enough to keep the world within safe levels of warming.

On increasing pre-2020 ambition, the statement said that new commitments should enable countries to “tailor their action according to their development needs to grow in a sustainable manner and preserve their competitiveness.” Action taken between now and 2020 could help to build the foundation for “fair and ambitious” UN treaty in 2015, they said.