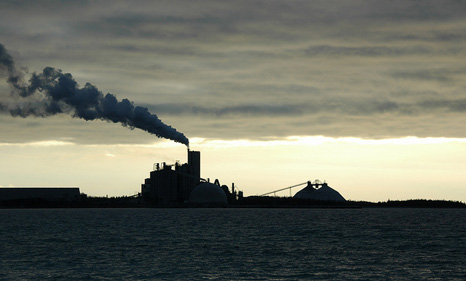 Carbon emissions: do markets have the answer?
(Pic: Flickr/abarndweller)

When and if heads of state turn up to Ban Ki-moon’s climate summit next month, there will be many ideas competing for their attention.

The UN secretary general has given them 11 hours to cover everything from climate science to finance.

He says: “In the business community, they know there are a great number of technological solutions available [to cutting carbon emissions]. But it takes a pricing stimulus to get them into the market place.

“You have to have a very clear and consistent pricing signal to motivate business.”

IETA has added its voice to a World Bank campaign to put a price on carbon pollution.

The World Bank says carbon pricing is “inevitable” if the world is to cut its emissions in a cost-effective way. 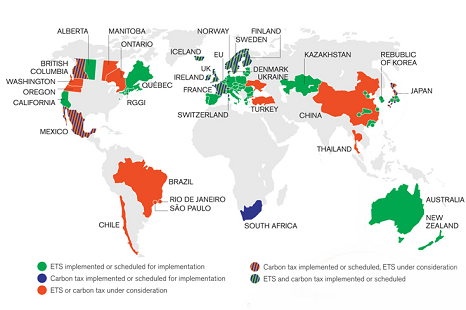 There is some way to go before that becomes a reality.

The price varied wildly, from US$1 per tonne of carbon dioxide in Mexico to US$168/t in Sweden.

Eight new carbon markets opened in 2013, but at the same time Australia was preparing to axe its carbon tax, a move completed last month.

Meanwhile the world’s largest cap-and-trade system, the EU emissions trading scheme (EU ETS), has not lived up to expectations.

The EU ETS is oversupplied with pollution permits, partly as a result of the financial crisis hitting demand.

Forrister insists the EU ETS is “misunderstood”. By capping carbon allowances, it has reduced emissions as intended.

“It has been effective at meeting its environmental targets at the right price,” says Forrister.

“What the price is not doing, that many of us would like it to do, is deliver a longer term signal.”

That reflects the fact Europe has not yet settled its climate policy objectives beyond 2020.

There are draft plans for a 40% emissions cut across Europe by 2030, with national leaders set to make a final decision in October.

“If there was a strong commitment, the price would change,” says Forrister.

At the same time, the European Commission is working on plans to revive the ETS, but these will take years to implement.

“Everybody likes a subsidy if you can get it, but at the end of the day, consumers don’t like to pay inflated prices. What markets deliver is the right price,” argues Forrister.

“It is fine to set up subsidies at the beginning, to support technologies the public want to see, but they have to be weaned off that subsidy pretty quickly and stand on their own two feet.”

While the World Bank backs both emissions trading schemes and carbon taxes, Forrister prefers the former. “Markets are better at doing this than government carbon taxes.”

Not everybody shares that view. The socialist governments of certain Latin American countries, in particular, have tended to reject capitalist solutions to climate change.

A recent meeting in Venezuela of green NGOs from around the world ended with a call to scrap the “green economy”.

Forrister accepts there are certain jurisdictions “that prefer a nationalist approach”.

“We would not expect them to step forward with a market based approach to climate. They are free to develop their own approaches.

“We also don’t think they should be able to throw sand in the gears of others who want to use markets.”

If carbon pricing is to work, there needs to be a degree of consistency between countries.

Otherwise, there is a risk of “carbon leakage” – energy intensive industries simply moving away from places with a high carbon price to regions where it is cheap to pollute. That shifts the problem rather than solving it.

That is why Forrister hopes the Ban Ki-moon summit, with its mix of business and political leaders, will build consensus. “You have got this huge opportunity with heads of state.”

Pressed to name one person he would like to publicly back carbon markets, Forrister chooses Chinese president Xi Jinping.

“China has made many positive moves on this,” says Forrister. “But as the world’s largest emitter, their intentions are extremely important.”

China has yet to confirm who it will send to the conference.

Technically, that means president Xi. China Dialogue suggested premier Li Keqiang may attend instead, which would also be seen as a sign China takes the matter seriously.

Forrister is keen to use the summit to get ordinary people behind the idea, as well as world leaders.

“The whole world will be watching. It is an opportunity to resonate with the public. I think that is the true audience that matters. For real change to take place, the public has to be behind it.”