As they age, Pacific youth could watch their homelands sink to a watery myth. They’re not going down without a fight 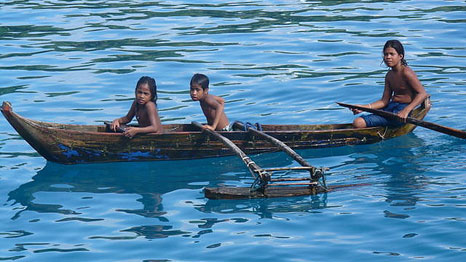 By Krishneil Narayan in Fiji

“Sometimes it falls upon a generation to be great. You can be that generation.” Nelson Mandela, 1918 – 2013

The small islands in the Pacific are home to vibrant and distinct cultures, heritage, rich ecosystems, biodiversity and incredible landscapes. I am fortunate to call one of these island countries my home.

But because of the small geographical nature, the challenges our island nations face are many. One of these leading development challenges is climate change.

Climate change is not a distant threat but very much a reality for our island homes.

Small island developing States (SIDS) have long been recognized by the international community as a ‘special case’ whose needs and concerns have to be addressed.

Although we are among the least responsible for climate change, we are already experiencing its adverse effects with some countries at the risk of even becoming uninhabitable. This is what makes SIDS a special case requiring the help and attention of the international community.

This recognition is again reinforced by the UN declaring year 2014 as the International Year of Small Island Developing States for the very first time.

Much has changed in the global debate on climate change since the first time I was introduced to the UN climate negotiations in Copenhagen.

So has the narrative coming out from the SIDS. There has been a shift from desperate attempts to seek sympathy through “we are drowning” to acts of leadership and strength paving the way for successfully overcoming the challenges through resilience and innovation.

Being part of the Alliance of Small Island States (AOSIS) has enhanced the negotiating capacity of SIDS by creating a collective voice for SIDS within the United Nations system.

Holding key leadership positions in various global platforms has also assisted SIDS in getting their key issues across. Fiji’s strong chairmanship of the G77 & China bloc in 2013’s negotiations played an integral part in the adoption of the Warsaw Mechanism on Loss & Damage, which SIDS countries had been lobbying for a number of years.

This shift in narrative is also seen locally especially among the younger generation.

Project Survival Pacific is Fiji’s Youth Climate Movement that has been working with young people from across the Pacific to provide platforms for children and youth voices to be heard in decision making processes, including the UN climate talks.

What sets us apart from the other youth climate movements in general is that since our governments are already convinced that climate change is a top priority and are reflecting this commitment through the policies implemented at national level, Project Survival Pacific has turned to bridging the gap between youth, the communities and the decision makers through partnerships focused on real, meaningful solutions.

By putting focus on meaningful partnerships in collectively addressing our climate change challenges, Project Survival Pacific has managed to get our voices heard at important local, national, regional and global forums.

Our youth members are also included in the government (party) delegations to the UN climate negotiations as official youth delegates, where we actively participate in the negotiation processes to champion the SIDS issues.

Youth in Fiji that we work with are now increasingly concerned about the impacts climate change is having.

Earlier in January this year, Vunidogoloa village in Caukaudrove province of Fiji became the country’s first community successfully relocated due to climate change. Government estimates indicate around 640 villages throughout the country are impacted in some way.

A lot of effort has been put in to reach out to the young people here so that they are better equipped to innovate and adapted to the changes we are seeing. From 2015, climate change will be integrated into Fiji’s school curriculum for primary and secondary level. 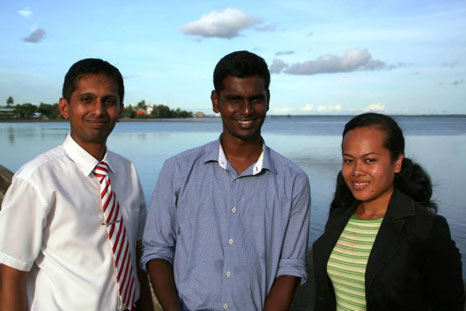 Similar activities are also being undertaken by youth in the other two SIDS regions.

The youth from the 3 SIDS regions – the Pacific islands, AIMS and the Caribbean – have teamed up under the SIDS youth network umbrella to address the sustainability challenges we SIDS youth face, including climate change.

This is a great example of partnership emerging among youth in different corners of the planet but with similar challenges working together.

We are never too young to lead.

The choice is yours to be that great generation that will lead us towards a sustainable future for all.

Krishneil Narayan is Fiji’s Youth Envoy for Climate Change and a negotiator in the United Nations processes. He is also the Director of Project Survival Pacific: Fiji’s Youth Climate Movement and a SIDS Youth Network facilitator.