Leaders focus on climate threat to low lying islands, with warnings some could be destroyed “in our lifetime” 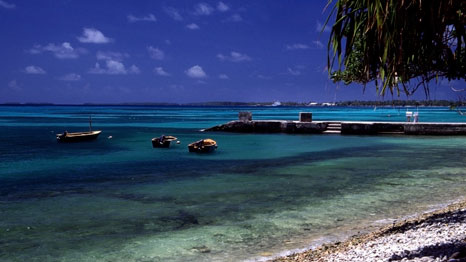 The UN has made addressing the potential destruction of many Pacific low lying islands in the Pacific priority for 2014.

The next 12 months have been named the International Year of Small Island States (SIDS), allowing UN agencies to help islands better manage their natural resources, protect the environment and create green jobs.

“For many Small Island Developing States future development is dependent on a very narrow resource base that is constantly challenged by the high-risk impacts of climate change and natural disasters,” said UNEP chief Achim Steiner.

Baron Waqa, the President of Nauru, acknowledged that his island risked losing “entire languages, cultures, histories, and all the progress that came at such a high cost for those who came before us.”

He added: “We celebrate this special year with the sombre knowledge that unless action is taken soon some islands won’t make it to the end of the century.”

Sustainable development is a particular challenge for the SIDS, where modern energy sources are limited and expensive. Energy generation is therefore the main source of economic instability as well as CO2 emissions, consuming more than 50 million barrels of petroleum every year.

A September summit in Samoa will seek to map the exact requirements of the states as the UN works on a set of Sustainable Development Goals that will act as the guiding principles of development post 2015.

At last year’s UN General Assembly, the Pacific Islands presented Secretary General Ban Ki-moon with the Majuro Declaration – a document signed by an alliance of states, confirming their determination to show leadership in tackling climate change.