Women to watch ahead of the UN’s 2015 climate summit

We’ve picked 20 key influencers from politics, diplomacy, business and civil society who will be central in Paris 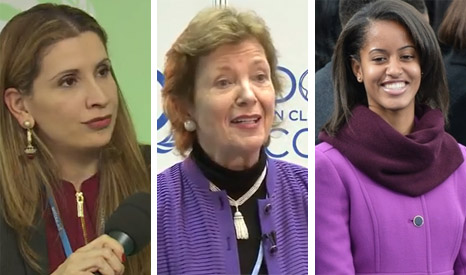 International climate conferences are usually a sea of dark suits – like a mass audition for Men in Black – only there’s not much action.

It’s a situation UN climate chief Christiana Figueres describes in an interview with RTCC, published on Monday: “I don’t think I am the only woman who is very acutely aware, every time I walk into a room, how many men and how many women are sitting round the table.”

But dig a little deeper, and the influence of women in the climate sector is more profound than it looks, evident across most countries and all sectors.

Below are 20 women who are set to play a vital role in shaping the conversation and structure around a proposed emissions reduction treaty.

Laurence Tubiana
Appointed special representative of the French minister of foreign affairs in May, Tubiana will advise the Paris 2015 climate summit president Laurent Fabius and his negotiating team. An aide to Prime Minister Jospin between 1997-2002, Tubiana was recently Director of the Institute for Sustainable Development and International Relations (IDDRI), where she was an advocate for tougher climate action. 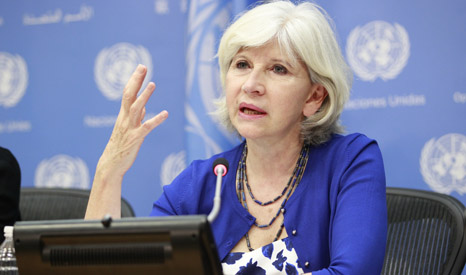 Angela Merkel
The German chancellor is the most powerful woman in Europe and one of the most influential politicians in the world. A former environment minister, she ran the 1995 UN climate summit in Berlin, where the idea of the Kyoto Protocol was born. Last month she reaffirmed Germany’s commitment to a UN deal, and pledged $1 billion to the Green Climate Fund.

Malia and Sasha Obama
They are highly unlikely to feature at the UN talks, but President Obama has frequently cited his daughters as one of the reasons why he wants to address the causes of climate change. “You talk to Malia, you talk to Sasha, you talk to your kids or your grandkids — this is something they get,” he said. “They don’t need a lot of persuading.”

Connie Hedegaard
She leaves her post as EU climate chief later this year, but the fiery Dane has a critical part to play in securing the 2015 treaty she has fought for. In October the EU’s 28 member states meet to agree the bloc’s 2030 climate targets. An ambitious package will place pressure on other leading emitters like the US and China to follow.

Marlene Moses
Nauru’s UN ambassador is the current face of small island states, the conscience of the UN climate process. The 39-strong group represent countries that may soon disappear under the waves. That may be inevitable. Moses is charged with letting the world know it’s also unacceptable. 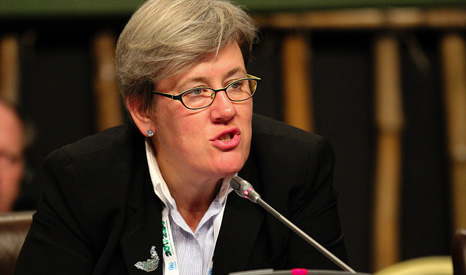 Rachel Kyte
The tough-talking West Ham football fan runs the World Bank’s clean energy division and together with president Jim Kim has led its transition away from its roots as a fossil fuel funder. Kyte wrote the investment standards for the Bank’s private arm – these have now been adopted by the UN’s Green Climate Fund – making her one of the architects of the clean revolution.

Izabella Teixeira
Brazil’s uncompromising environment minister treads a delicate line. Climate science studies indicate the country will be hit hard if warming breaches 2C. But as an emerging economy she wants to retain flexibility over its pathways and ownership of the Amazon rainforest. Host of the 2012 Rio+20 summit, she’s also on Ban Ki-moon’s post-2015 high level development panel.

Nawal Al Honsany
Masdar City’s director of sustainability is the face of clean tech in the Middle East. The oil- and gas-rich region has struggled to embrace the UN climate process, fearful of how its economic model could be affected. Masdar and Al Honsay, based in Abu Dhabi, is an attempt to demonstrate the benefits from low carbon growth, through solar power and hi-tech urban centres.

Frances Beinecke
When President Barack Obama announced new carbon standards for power plants in June, corks popped (metaphorically) at the NRDC. The influential green NGO, based in Washington, was instrumental in designing the new legislation with the White House. Tipped by some to join the administration, for now Beinecke still leads the NRDC, where she has been for 30 years.

Lisa Jackson
“Climate change is real and a real problem”. That message carries real weight when it’s from tech giant Apple. Former Environmental Protection Agency chief Jackson is now head of sustainability at the iPhone makers, which has set ambitious climate goals, proving business can lead in this sector. It says 94% of its corporate facilities and 100% of its data centres are now powered by renewables.

Hela Cheikhrouhou
The little known Tunisian is now one of the most important green finance officials in the world, in her position as Green Climate Fund executive director. Formerly at Citibank, the World Bank and the African Development Bank, Cheikhrouhou is tasked with raising $15bn by the end of 2014 so the GCF – an essential part of plans for a 2015 UN climate deal – can invest in developing countries.

Claudia Salerno
Known for dramatic interventions at UN climate negotiations, Venezuela’s chief negotiator Salerno plays a central role in the Like Minded Group of Developing Countries (LMGDC), which includes Saudi Arabia, Iran and Ecuador. The small but influential body will need to be brought on board for the 2015 agreement to achieve full consensus. That will need careful and quiet diplomacy.

Pilita Clark
The FT’s environment correspondent performs a vital role in communicating what is being discussed at UN talks to the global business community. Widely respected among her peers, Clark’s coverage is known for its clarity, impartiality and apparent eagerness to avoid acronyms – not a trait always associated with reporters following the UN process.

Monica Araya
The Costa Rica climate campaigner and former climate negotiator ran for vice president in recent elections on a green ticket. She failed in that attempt, and now runs Nivela, an environmental thinktank focused on Latin America. Araya caused chaos in 2013 when she was removed from Costa Rica’s UN team for complaining about the country’s oil investments with China.

Tasneem Essop
Former South African provincial minister, now a central player in WWF’s efforts to secure a global climate deal. A strong advocate for an agreement that involves poverty alleviation and climate justice, Essop is part of an influential global team including Sam Smith in Norway, and Leo Hickman in the UK. 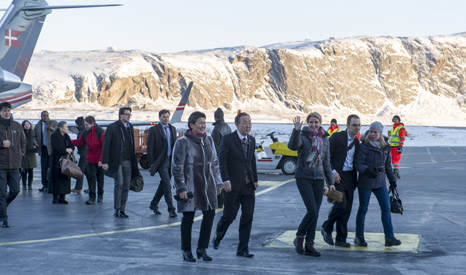 Helle Thorning–Schmidt
In March Denmark’s prime minister accompanied UN Secretary General Ban Ki-moon to the Arctic to explore the effects warming temperatures are having on the region. The country has consistently pushed for tougher EU climate laws – and recently passed its own legislation binding it to reducing its emissions 40% by 2020.

Lavanja Rajamani
A professor at the Centre for Policy Research in New Delhi, insiders say Rajamani is “a quiet mover but influential”, advising UN officials and at times the EU and India. At a time when information over what levels of emission cuts developed and developing countries make take is limited, she is likely to play an important bridging role.

Bernarditas Muller
This complex and experienced Philippines negotiator helped draft the Kyoto Protocol in 1997, but has a mixed relationship with UN talks, finding herself kicked off the national delegation in 2009. Closely linked with the China-funded South Centre, Muller recently cropped up at the Green Climate Fund talks in Bali, with some board members accusing her of obstructing the negotiations. One to watch.