Costa Rica’s image as a low carbon pioneer has taken a heavy blow after news the government forced out an advisor after she questioned a $1bn loan from China to upgrade an oil refinery.

Monica Araya, who worked as a climate change negotiator for the country at UN talks,  spoke out against the refinery project in a radio interview on May 30 and a newspaper opinion piece published on June 7. Araya said she is concerned the move could pave the way for oil exploration in the country, ending a 60 year moratorium.

Araya was asked to step aside during the Bonn climate talks that concluded last week, a move initially denied by the Minister of Energy and Environment. In an extraordinary letter sent to the prominent radio journalist that interviewed Araya, he claimed her contract had not been changed.

Araya responded to Minister René Castro Salazar in an open letter and officially tendered her resignation, repeating her fears about the refinery, which is located on the Caribbean coast.

“The fact that we are so close of accepting a loan from China in order to have a modern refinery worth $1.3 billion flies in the face of our leadership on climate,” she wrote in her letter. 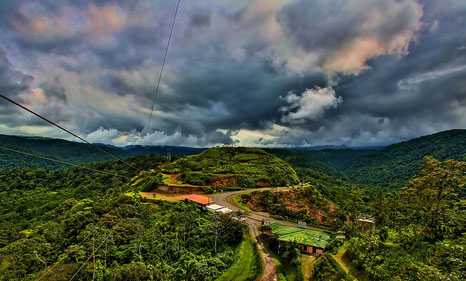 Araya also refuted the Minister’s claims about her contract stating that she does not in fact have one with the government.

She was influential in establishing the Independent Alliance of Latin America and the Caribbean (AILAC) bloc at the last UN talks in Doha.

The grouping, which includes Colombia, Peru and Chile, is environmentally ambitious and presses for cooperation between developed and developing nations.

The controversy over Araya’s removal from the delegation is a sub plot to the bigger story about the refinery and the pattern of investment that the China loan could lock the country into.

“Once we have a refinery the next step is oil exploration,” Araya told RTCC in an interview on Wednesday. “I would say this is the closest I’ve seen the government to making an irreversible mistake of historical proportions. In the past we have been very good at sticking to a model of low emissions, clean development.

“We have said no to oil exploration. One government tried and the societal consensus was that oil exploration had no place in Costa Rica’s development,” she added.

“I do think Costa Rica could still reverse this decision. It’s not formally approved but it is very close. Costa Rica needs to work with China, they could set a international precedent for low carbon cooperation if they revised the terms of the agreement, it would be a game changer.

“It would be in the best interests of both to show a loan from China can work for the low carbon economy in the developing word. That would be consistent with Costa Rica’s 20 years of environmental commitments.”

The country is widely praised for its efforts to reduce deforestation and it has a 95% renewables goal for 2014. It currently source 90% of its power from clean sources.

“Not because a new refinery may increase carbon emissions but because this is a $1.5 billion investment that should be fully put into our low carbon development. We have a need to put on electric rail public transportation, on promoting biofuels, energy efficiency and many others investment priorities,” he added.

“This oil refinery is seeing by many as a way to continue a high dependency on fossil fuels.”

He said he was unsure that oil exploration would happen in the country soon given the high political costs associated with that but he does expect natural gas activity to be mooted “in the next couple of years”.

He also backed Araya’s calls for the cooperation with China to explore more alternative opportunities.

“There are many areas for innovative cooperation between the countries. Costa Rica has a big need on renewables, even though has a nice record, in terms of solar and geothermal investment and the electrification of public transportation. It is a matter of ambitious innovative approaches.

“China because of the geopolitics in Central America, most probably will respond positively to what the Government of Costa Rica pitch to them,” he added.