A group representing half a billion Christians has said it will no longer invest in coal, oil and gas 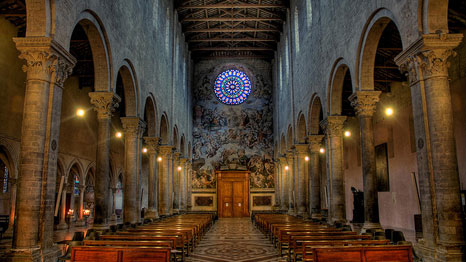 A decision by a global coalition of 345 churches to stop investing in fossil fuels has been hailed by divestment campaigners as the most important commitment yet.

The World Council of Churches, which represents over half a billion Christians from 150 countries, said that they would no longer fund oil, coal and gas, and recommended that their members follow suit.

Churches represented by the WCC include the Church of England, which has 25 million members, and the Ethiopian Orthodox Tewahedo Church with 48 million members.

“The World Council of Churches may be the most important commitment we’ve received yet,” said 350.org’s European Divestment Coordinator, Tim Ratcliffe.

The churches are not forced to divest by the motion, but it sends a strong signal of intent as it had to be approved by representatives from each institution.

The report of the financial policy committee said: “The committee discussed the ethical investment criteria, and considered that the list of sectors in which the WCC does not invest should be extended to include fossil fuels.”

While the WCC has relatively small financial assets, the move could be significant if it spreads to member churches. At the end of 2012, the Church of England held investments worth £5.5 billion.

Bill McKibben, founder of 350.org, the campaign group spearheading the divestment movement, said: “This is a remarkable moment for the 590 million Christians in its member denominations: a huge percentage of humanity says today ‘this far and no further.’”

Worldwide, religious groups have already started to move money away from the fossil fuel industry.

Earlier this week, the Anglican Church of Australia passed a motion at its General Synod recommending divestment to its member churches.

The Catholic Church is not a member of the WCC, but Pope Francis has spoken widely about his concern for the environment, and is said to be working on an encyclical about man’s relationship with nature.