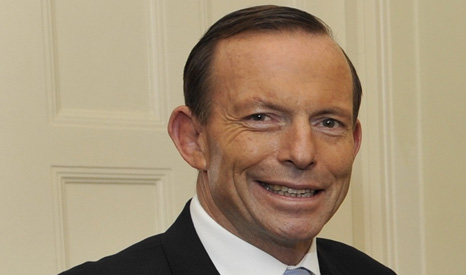 The head of Australia’s leading climate advisory body has lashed out at what he says is a concerted attempt by politicians and media groups to spread climate denial.

In a video posted on the Climate Council website, Tim Flannery calls on supporters to ‘help keep science in the headlines’.

“We’re witnessing an unprecedented rise in climate denial in media and politics – personally I’ve never seen anything like it,” he says.

Newman is on record branding climate change a “scientific delusion”, and in the past has labelled the Renewable Energy Target as “a crime against the people”

Abbott, who once said climate science was “crap”, has declined an offer to attend UN chief Ban Ki-moon’s climate leader’s summit in New York in September, although he may send a minister.

The Climate Council was known as the Climate Commission until September 2013, when it was abolished as a government-funded institution by incoming prime minister Tony Abbott.

Re-launched a week later after a crowd-funding drive, it has found itself increasingly isolated as the Abbott administration dismantles the country’s low carbon regulations.

This week the Senate is expected to approve the repeal of Australia’s carbon tax, introduced by the previous Labor government.

The tax will be replaced with a series of incentives to 130 heavy polluters to reduce their carbon footprint, called the Direct Action Plan.

Analysts RTCC has spoken to believe it will not be sufficiently tough to allow the country meet its goal of cutting carbon pollution 5% on 2000 levels by 2020.

Attempts to drive through the repeal on Tuesday ended in chaos after a small block of Palmer United Party Senators expected to support the government appeared to switch sides.

The mining magnate is still expected to back the tax repeal later this week, but on condition a new emissions trading scheme is set up.

A recent attempt to develop a conservative anti-climate coalition failed when New Zealand, India and the UK declined Abbott’s offer.

US President Barack Obama is believed to have voiced his displeasure at a recent meeting in Washington, while Pacific Island leaders facing the threat of rising sea levels have called for greater leadership from Canberra.

Abbott has also rebuffed moves by the US and some European nations to have climate change discussed at this year’s G20 summit in Brisbane.

Yesterday the head of the UK’s independent climate commission accused Abbott of “recklessly endangering our future.”

Lord Deben added: “Even during these tough economic times we have increased significantly our climate change measures. There is no economic reason to stop Australia doing the same.”

Climate scientists say the country must prepare for hotter summers and rising numbers of bushfires as a result of climate change.

Record high maximum temperatures were recorded over nearly 10% of Australia during the 2013/24 summer.