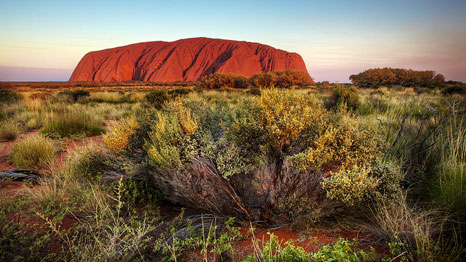 He also said he would support an emissions trading scheme and demand that the current 20% renewable energy target stays in place.

Palmer, who owns the mining company Mineralogy, made the announcement in a press conference alongside former US vice-president Al Gore, who is currently in Australia arguing for tougher climate regulations.

Palmer’s move is likely to come as a blow to Abbott, as the support of Palmer, whose Palmer United Party controls a decisive four votes in the Senate, will be crucial in passing policies opposed by Labor and Greens.

Emissions trading is a way of regulating and cutting greenhouse gases. Palmer said he would like to see such a scheme take effect in Australia once other trading partners had also established programmes.

“If this amendment is supported and passed by the government, the world will know that once they act, they can be sure that Australia will respond in like terms,” he said.

Christine Milne, leader of the Australian Green party, expressed her support for Palmer’s announcements in a series of tweets.

Welcome Palmer United Party’s support for Renewable Energy Target which is rolling out jobs and investment.

Glad Clive Palmer will support keeping the Clean Energy Finance Corporation. Having saved it twice, it now should be secure.

Climate Change Authority plays a great role in climate policy and Greens welcome news of Palmer’s support for its retention.

Palmer added his support of the carbon tax repeal would be on the condition that all savings would be passed onto consumers.

Since taking office in 2013 Tony Abbott has steadily eroded the country’s policies aimed at cutting carbon emissions, and promoted expansion of Australia’s mining and extraction industries.

He scrapped the scientific advisory Climate Change Commission, and said he wants to abolish the Climate Change Authority and Clean Energy Finance Corporation as part of a money-saving exercise.

“We should do what we reasonably can to limit emissions and avoid climate change – man-made climate change – but we shouldn’t clobber the economy,” said the Australian Prime Minister earlier this month.

Previously Abbott has described climate science as “absolute crap”, and is currently resisting US pressure to include the issue in the upcoming G20 meeting, which Australia will host.

Al Gore said that Palmer’s announcement was “significant”, given other actions to tackle climate change being taken across the world.

“While I will be disappointed if the immediate price on carbon is removed, because it’s a policy which I believe to be ultimately critical to solving the climate crisis, I am extremely hopeful that Australia will continue to play a global leadership role on this most pressing issue.”