Democrats and Republicans have teamed up to combat HFCs, methane and black carbon 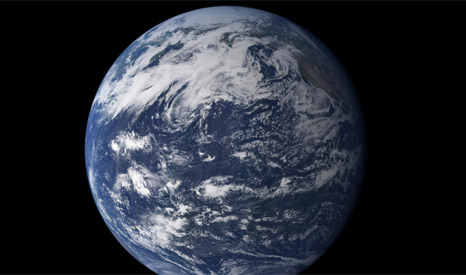 Two US senators have introduced a bipartisan bill to reduce the short-lived but powerful greenhouse gases responsible for around 40% of global warming.

The Super Pollutants Act of 2014 was introduced on Thursday by Democrat Senator Chris Murphy and Republican Senator Susan Collins.

The support of both parties for the Bill is significant, as President Obama has previously struggled to find enough Republican support to allow him to pass new climate legislation.

This week he lambasted climate sceptic Republicans in Congress for catering to a “bunch of fringe elements”.

In May, an uncontroversial bipartisan bill on energy efficiency failed when it became entangled with more divisive issues including the Keystone XL Pipeline.

The short-lived pollutants regulated by the Bill include hydrofluorocarbons (HFCs), which are used in fridges, together with methane and soot.

Unlike carbon dioxide, which causes around 60% of global warming, these gases only remain in the atmosphere for between a couple of days to a decade and a half, but they warm the planet much more quickly.

For instance, over a period of 20 years, a ton of methane has the same warming impact as 72 tons of CO2.

A study released in May suggested the early phase-out of super climate gases could stop release of 146 billion tonnes of CO2-equivalent by 2050, lowering warming by up to 0.6C.

The new Bill proposes a new taskforce to oversee the reduction of these super pollutants.

“As we work to combat threats to our climate, we can’t leave short-lived pollutants out of the equation,” said Senator Chris Murphy.

“Our bill will take these dangerous pollutants head on by making smarter use of tools already at our disposal here in the US.

“This is a bipartisan proposal to address a global threat, and I urge my colleagues on both sides of the aisle to help us reduce these super pollutants.”

Senator Collins added: “With improved inter-agency cooperation and through commonsense efforts to reduce the emissions of these super pollutants, this proposal aims to meaningfully and quickly help slow climate warming.”

Durwood Zaelke, President of the Washington-based Institute for Governance and Sustainable Development welcomed the news.

“This will reinforce the President’s international leadership on this critical climate strategy. It’s essential to reduce SLCPs along with carbon dioxide to keep the climate within safe bounds.”