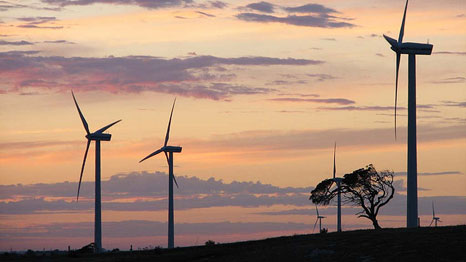 The UN’s sustainable development goals (SDGs) will fail unless governments and businesses find an extra US$ 2.5 trillion a year to support them.

The World Investment Report 2014, which the UN launched today in Nairobi, found that between $3.3 trillion and $4.5 trillion would be needed in the developing world to deliver the goals as they appear in drafts so far.

Current investment in these sectors is around $1.4 trillion, creating an average investment gap of about $2.5 trillion.

The UN is due to release the hotly contested set of targets in 2015, which will deal with subjects including poverty, health, gender and climate change.

They will guide international development until 2030, replacing the millennium development goals (MDGs) which are due to expire next year.

“The SGDs, by their definition of goals for particular objectives for a particular infrastructure, require money,” Richard Bolwijn, one of the authors of the report, told RTCC.

A 2012 report from the OECD showed that the MDGs also faced a shortfall of around $120 billion a year in health, education and poverty expenditure.

A 2013 progress report by the UN showed that none of the MDGs had yet been achieved across all regions.

With governments across the developed world facing budgetary constraints in the wake of the financial crisis, the report says that the bulk of this shortfall will have to be made up by the private sector.

“We are trying to get the international community coming up with the SDGs to define in parallel some concrete actions to boost private sector investment,” said Bolwijn, adding that this could come in the form of fundraising targets that would help to “focus the mind” of potential investors.

The UN’s new Green Climate Fund could play a part in raising some of the required capital. Board members hope it will be able to leverage billions in low carbon financing from the private sector.

Leading climate change economist Lord Stern has told RTCC trillions of dollars are needed to invest in low carbon infrastructure in the developing world, with the bulk coming from business.

Last month the UN released its ‘zero draft’ of 17 potential SDGs, part of a process designed to focus the minds of negotiators and accelerate discussions.

Environmentalists are concerned that climate change may lose its position as a dedicated goal due to stiff opposition from some countries, notably Saudi Arabia.

Sven Harmeling of CARE International, who is following the talks, told RTCC that so far they had focused on specific goals, avoiding notoriously complex discussions on how the final selection will actually work.

“The negotiations haven’t really touched on means of implementation and finance,” he said. “This has become obvious again that this will become one key issue.”

Ban Ki-moon, Secretary General of the UN, said in the foreword to the report that it “offers a global action plan for galvanizing the role of businesses in achieving future sustainable development goals”.

But while the shortfall remains in the trillions, Bolwijn says that calculating the difference was the first step to closing it.

“I’m convinced it is difficult and should be difficult. But it is achievable,” he said.

“If we can manage to assign a rough guess for how much investment is needed to achieve the SDGs, you can actually work towards bringing that money on the table.”