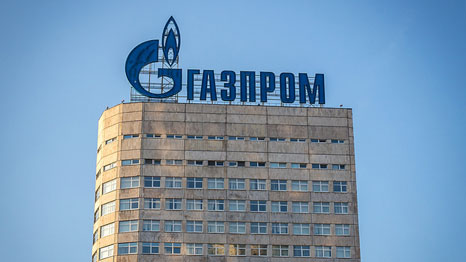 Renewable energy will be central to enhancing energy security, said the G7 energy ministers in a meeting to discuss the implications of Russia’s actions in Ukraine.

Energy ministers from the world’s seven largest economies confirmed that strong climate change policies would support their energy security agendas during a two day meeting in Rome, as fears rise over the potential fallout from the territorial dispute in Ukraine.

“Recognizing that fossil fuels still remain an important element of our energy mix, we believe that reducing emissions from fossil fuels is necessary to tackle climate change and can enhance our energy security,” said the ministers in a statement.

“We intend to promote the use of low carbon technologies (renewable energies, nuclear in the countries which opt to use it, and carbon capture and storage) including those which work as a base load energy source.”

Concerns over Europe’s energy supply have been mounting as the Ukraine crisis escalates. Europe relies on Russia for 30% of its gas, much of which is transits Ukraine. Meanwhile, Ukraine’s unpaid bills to Gazprom have raised fears that Russia could cut off the country’s own gas supplies.

“Recent events highlight the need to address energy security challenges. Energy should not be used as a means of political coercion nor as a threat to security,” said the ministers.

The G7, which includes Canada, France, Germany, Italy, Japan, the UK and the US, laid out a number of core principles upon which energy security should be built. These included the diversification of fuels, accelerating the transition to a low carbon economy, and enhancing energy efficiency.

“We recognise that our goals on energy security and climate security are strongly linked,” said Ed Davey, UK minister for energy and climate change, following the meeting.

“Investing in homegrown clean energy and energy efficiency across our economies is fundamental to greater energy security, just as it is to fighting climate change.”

The EU has said that it will set out its new policies on reducing greenhouse gas emissions and boosting renewable energy before October this year. Discussions on energy efficiency are also ongoing. The final package will provide the basis of its contribution to a UN-brokered climate change treaty, to be signed off at the end of 2015.

The ministers added that it was also in the interests of energy security to “promote flexible gas markets” and introduce new supplies of liquefied natural gas.

“Consistent with our longer term climate change goals, we will take opportunities to strengthen energy security and economic growth through safe and sustainable development of oil and natural gas resources from conventional and unconventional sources, recognizing that it is for individual countries to choose which sources they wish to develop,” they wrote.

Both the UK and Poland have signalled their willingness to exploit indigenous sources of shale gas.

Nick Mabey from environmental thinktank E3G told RTCC that the statement was probably the “strongest so far” on rejecting coercion from Russia over energy, and indicated that the “debate is certainly moving towards efficiency and renewables as the only way you can seriously dent Russia”.

But he emphasised that the package was still looking at additional fossil fuel supplies, including public spending on infrastructure to support new gas infrastructure.

“There is no sense of urgency of public spending on energy efficiency and renewables,” he said. “Economic ministries are still saying it should be completely free.”

The G7 Summit will be held this year in Brussels on 4-5 June.