UK and Poland say they are “natural allies” in shale gas gas, and report will highlight “positive benefits across Europe” 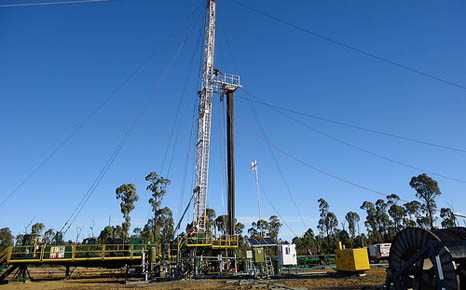 Poland and the UK have announced that they will produce joint research into the environmental and economic effects of shale gas in the two countries and across the EU.

The independent analysis, which will be funded by the two governments, seeks to outline how the “potential [of shale gas] can be realised” in improving energy security, driving job growths and reducing greenhouse gas emissions, said UK energy minister Michael Fallon.

“The UK agrees with Poland that in order to improve Europe’s energy security, we must take full advantage of those indigenous resources that could also help us in cutting greenhouse gas emissions,” he wrote in a blog post.

The study will take into account the implications of shale gas for the rest of the EU, and is expected to be published by the end of this year, he added.

The report is the latest instalment in a heated domestic and regional battle over whether countries should exploit their shale gas resources. The UK and Poland have been at the head of the debate, arguing in favour of extracting the gas.

In January, the UK and Poland pledged to work together to resist added burdens on the industry from EU legislation.

“We are at the moment the only two countries that have expressed an interest in shale gas, and in that sense we are allies, and we always look to have a common view on this topic,” a spokesperson from Poland’s Environment Ministry told RTCC.

He stressed that the report would focus not only on economic benefits of shale gas, but also its potential to reduce carbon dioxide emissions.

Climate change has been at the heart of the shale gas debate, with those in favour saying that it will bring down emissions as it is a cleaner source of energy than coal, and those against saying that the UK should not lock itself into another source of fossil fuels.

The UN’s IPCC climate science panel say fracking could offer a temporary climate fix but only if the gas is used to replace coal.

There have already been a deluge of reports focusing on the potential of shale gas, including most recently a report by consultancy firm EY, but Poland’s spokesperson said that it was important to have more work from an EU perspective, as the majority of the attention has so far focused on the US.

Shale gas extraction in the US has been held up as an example of its potential, as it has brought down both emissions and gas prices, but the geology and land rights in the US mean that the boom cannot simply be imported into the EU.

A spokesperson from the UK’s Department of Energy and Climate Change told RTCC that the report would aim to “raise the horizons of shale gas and its positive benefits across Europe”.

The recent crisis in Ukraine has raised the issue of energy security in the EU, as Russia currently provides 30% of Europe’s natural gas, half of which goes through Ukraine. Shale gas and renewables have both been touted as a means to wean Europe off such imports.

Meanwhile, the EU is likely to confirm a 40% greenhouse gas emissions reduction target by 2030 in October.

“Squandering yet more taxpayers’ money on totting up the imaginary benefits of fracking won’t increase our energy security by a single kilowatt. Even the industry lobby admitted shale gas production is still many years away, if it’s going to happen at all,” she said.

“Energy secretary Ed Davey, Fallon’s boss, claims the UK is leading Europe’s efforts to set ambitious climate targets, yet his energy minister is busy hatching his own energy plans with Poland, a country lobbying furiously to kill off these same targets.”