Shale gas can help address climate change say UN panel, but will have to be cut substantially by 2050 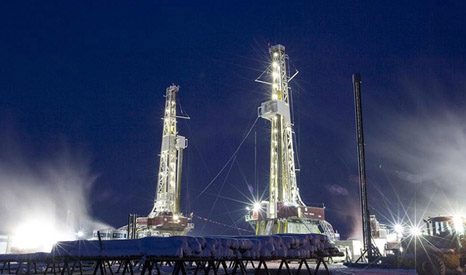 The role of gas as a low-carbon fuel, displacing coal, will be brief given the world will have nearly to eliminate carbon emissions from gas-fired power generation by the middle of the century.

To meet ambitious carbon emissions targets, governments would have to leave most gas, oil and coal in the ground, given massive proven reserves, implying tough climate policies including carbon taxes.

The rapid growth of coal-dependent China has heavily contributed towards rising carbon emissions from the global energy supply.

Natural gas offers a cleaner alternative, given that it contains just over half the carbon content of coal, per unit of energy.

Climate policies can encourage gas in the near term, to help wean countries off coal, according to a report by the Intergovernmental Panel on Climate Change (IPCC).

That would assume the use of best practice, for example to limit leaks (called fugitive emissions) of the main ingredient, methane, which is itself a powerful greenhouse gas.

“Where natural gas is available and the fugitive emissions associated with its extraction and supply are low, near-term greenhouse gas emissions from energy supply can be reduced by replacing coal-fired with highly efficient natural gas combined cycle power plants,” the IPCC report said. 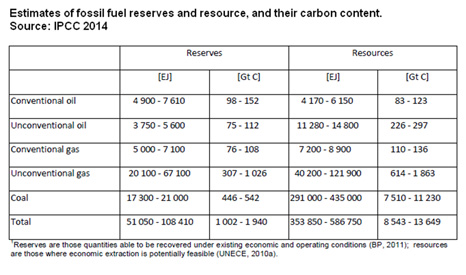 The flip side of the same coin was that, coal exporters could expect falling demand and prices, assuming tougher climate policies bite.

“There is uncertainty over how climate policies would impact energy export revenues and volumes. The effect on coal exporters is expected to be negative in the short- and long-term,” the IPCC said.

The IPCC reviews the latest published science on climate change every five to six years. Sunday’s report was the last instalment of the latest report, focusing on policy options to cut emissions, and compiled by 235 authors.

They said that “business as usual” was not an option, given expected temperature rises of 3 to 5 degrees Celsius without efforts to curb emissions, implying more dangerous sea level rise, floods and droughts.

Even though natural gas is less carbon emitting than coal, it still has a high carbon content, however.

Its use in power generation will have to fall below present levels by the middle of the century, to hit more ambitious emissions targets, according to the IPCC report.

That implies a short-lived heyday, given the long life of fossil fuel power plants, at 30 to 40 years.

The International Energy Agency has previously said that almost all fossil fuel infrastructure has already been built, to meet ambitious carbon emissions targets.

“If current trends continue, by 2015 at least 90% of the available carbon budget will be allocated to existing energy and industrial infrastructure, and in a small number of subsequent years there will be extremely little room for manoeuvre at all,” the IPCC report said, citing the IEA.

That assumed no breakthrough in unproven carbon capture and storage (CCS) technology.

To meet ambitious carbon emissions targets, zero carbon sources should account for 40-60% of all energy in 2050 (from 17% now), and 80-95% of electricity (from 30% now), the IPCC report calculated, illustrating the scale of reduction required in fossil fuels including natural gas in coming decades.

The IPCC report published estimates for the proven reserves of fossil fuels and showed that just natural gas contained more carbon than can be burned this century, before accounting for oil, coal and unproven resources.

The report estimated that the world could 1,550 billion tonnes of CO2 over the rest of this century and still have a 50% chance of staying below 2 degrees warming – considered a danger threshold.

That was far less than the carbon content of the world’s proven reserves of natural gas alone, at up to 4,162 billion tonnes of CO2 (1,134 tonnes of carbon), as shown in the figure below.

The implication is that the world’s governments would have to set stringent climate policies which curb the exploitation of fossil fuels in the near term.