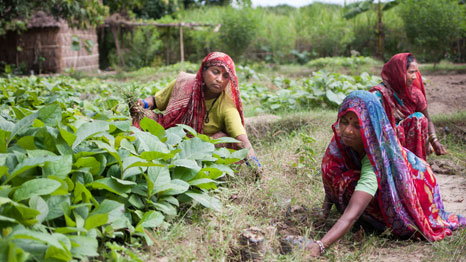 King, who regularly travels abroad to discuss the potential for a treaty with overseas leaders, told MPs at a Parliamentary hearing today that the negotiating positions of Brazil and India could derail a UN-brokered deal to curb rising levels of greenhouse has emissions.

Insistence from the two countries that any new agreement should include different obligations for rich and poor nations “is an issue that may cause problems”, said King, and that it “looks like they are stalling on an agreement”.

He added: “I certainly think that Paris is not a done deal,” referring to the treaty scheduled to be signed in the French capital next year by all the world’s major carbon polluters.

Together the US, China, Russia, Brazil, India, Germany and the UK – are together responsible for 63% of total emissions.

India is currently the world’s third largest single emitter, with Brazil 15th, due to the large amounts of forest it has turned into farmland.

ANALYSIS: Why are UN climate talks so difficult?

The so-called “firewall” between rich and poor countries in the new agreement has historically been a major cause of controversy at the UN negotiations on climate change.

In the 1997 Kyoto Protocol, currently the world’s only legally binding treaty on climate change, only developed countries took on commitments to reduce their carbon emissions.

This was based on two lists in the UN’s original Convention on Climate Change, drawn up in 1992, which divided the world into developed and developing economies.

But since then, the world has changed, with the boom in particular in China’s economy. King pointed especially to the growth of a new middle class in the Asia-Pacific region, which he said was partly responsible for the continued growth in oil consumption, despite international attempts to quell its usage.

For many, including the US and the EU, a deal that maintains this original division will be unacceptable.

King said that he will visit Brazil in April to discuss the treaty. “This is a line we have to be persuasive about,” he said. “Brazil should proudly tell the world what it is doing … We should persuade them to boast, not complain.”

But the point is a fiercely political one, with some developing countries arguing that rich nations need to take the lead because they have been historically responsible for the problem of climate change.

India and Brazil are not the only disruptions in the global effort to stem global warming, said King.

Negotiations within the EU to secure a strong domestic target to reduce greenhouse gas emissions will require careful discussions with Poland, he said, adding his voice to the number of observers who have accused the government in Warsaw of blocking the negotiations.

Last week, the EU Council announced that a final decision on the key elements their 2030 package will be taken by October. This is important with regards to the UN’s own deal, as it will form the basis of the EU’s contribution to the treaty.

“It is clear that Poland’s position is one that will have to be worked on,” he said, adding that it would take “careful negotiation”.

But Canada remained the “outlier” in terms of climate action, he said, listing it as the “only country” which was unwilling to reduce its emissions at all – a position he said that was probably a result of the benefit that its economy stands to gain from the exploitation of highly polluting tar sands.