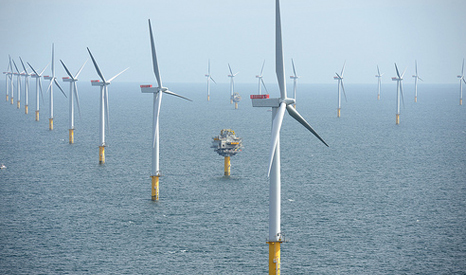 A review of the world’s largest sovereign wealth fund is currently underway, and Erna Solberg told reporters in Oslo on Thursday a renewable energy investment mandate could be announced shortly.

“We’re working on better funding for new technologies, more restrictions in certain areas and we’ll outline our strategies later,” she added, in quotes reported by Bloomberg.

Norway’s finance ministry is expected to deliver its verdict on what areas the fund should focus on in a white paper due on April 4. It will also reveal if developing countries will benefit from a ‘green fund’.

A separate study by an expert group to decide if it should still invest in oil, gas and coal companies is scheduled to run for the next 12 months.

NGOs want up to 5% of the fund to be invested into renewable energy infrastructure. “If done at scale, this will have global impact and redefine how we use money consistent with commitments to limit climate change,” said Nina Jensen, CEO of WWF-Norway.

A spokesperson from the finance ministry told RTCC speculation that the fund could back cleaner forms of energy was “not news”, pointing to the government’s manifesto when it took office last October.

This promised the coalition would increase the development of renewable energy, adding: “The collaborating parties will pursue a vigorous climate policy and strengthen the climate compromise.”

Comment: is Erna Solberg committed to a low carbon future?

Svein Flåtten, an MP in the ruling Conservative party and its financial spokesman told the FT with that price tag comes added responsibility: “This proposal [to potentially ban fossil fuel investments] is a step in that work,” he said.

The fund’s chief executive Yngve Slyngstad is already under huge pressure to ditch all coal investments. In 2013 it sold 27 mining companies, but the opposition Labour party says it should withdraw from all coal operations.

Norwegian political analyst Bard Lahn told RTCC Thursday’s announcement could also be seen as a way of shifting the conversation away from coal divestment, which the government is nervous about.

The oil fund review comes at a critical juncture for Norway’s climate and energy policies, which are loosely tied to those of the EU, of which it is not a member.

Last week the country’s Environment Agency said Norway is on course to miss its stated 2020 target of reducing climate-gas emissions by 30% from 1990 levels.

It warned there is an “eight million tonne gap” between its ambition to reduce greenhouse gases and current trajectory, calling for “powerful and quick” cuts.

“Technically, it is possible to reach the national goal of reducing greenhouse gas emissions by 2020, but it will be difficult”, said Ellen Hambro, director of the Environment Directorate.

The country aims to achieve a significant proportion of its ‘carbon cuts’ through offsets and projects to combat deforestation; last October it bought 30 million UN-backed credits.

Historically Norway has been one of the biggest buyers of the UN’s Clean Development Mechanism credits, buying 21.5 million between 2008-2012 to meet its Kyoto Protocol targets.

But ironically, one of the major problems is emissions from the oil sector, which bankrolls the wealth fund but is responsible for 25% of Norway’s carbon pollution.

WWF’s Jensen told RTCC this needs to be confronted by the government, which has so far shied away from placing punitive carbon restrictions on its largest single industry.

“We are doing good things around the world through investments, and these will have a huge effect, but we are failing at home,” she said.