The fund is already banned from investing in weaponry, tobacco or corrupt companies, so coal would be a logical next step, says Labour Party 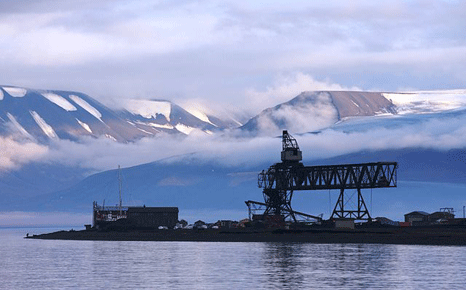 The wealth fund is already invested in the Svalbard Islands’ coal mine. (Pic: Bjoertvedt)

Norway’s opposition party is calling for the world’s largest sovereign wealth fund, worth $800 billion, to withdraw from financing coal-fired operations.

Labour Party spokesman Jonas Gahr Støre said in a statement that the time had come for the country to decide whether it will continue investing pension funds into coal companies.

“We now have much knowledge about how harmful combustion of coal and the production of electricity from coal is [to the] climate,” said Støre.

“For [those of] us who believe that humans are responsible for climate change, we must also look at how people can take responsibility for reducing emissions. To cut investments in coal is a measure that can help further.”

Støre is confident the government can find a way to make this happen with coal.

The wealth fund has investments in coal and oil with emissions equivalent to more than 108 times the emissions of Norway.

Støre said that this move would be a natural follow-up of the agreement between Nordic countries and US President Barack Obama to cooperate on international climate negotiations and clean energy.

The fund is a large shareholder both in companies like BHP Billiton, Xstrata Glencore and in coal-dependent power utilities like E.On and RWE.

Elected last month, Prime Minister Erna Solberg, was already in discussions to establish a mandate for its pension fund to be invested in renewable energy.

The Christian Democrats said they sympathised with the motion.

RTCC contacted Norway’s finance ministry but are yet to provide a comment, but will present a report on ethical investment from NBIM on 11 November.